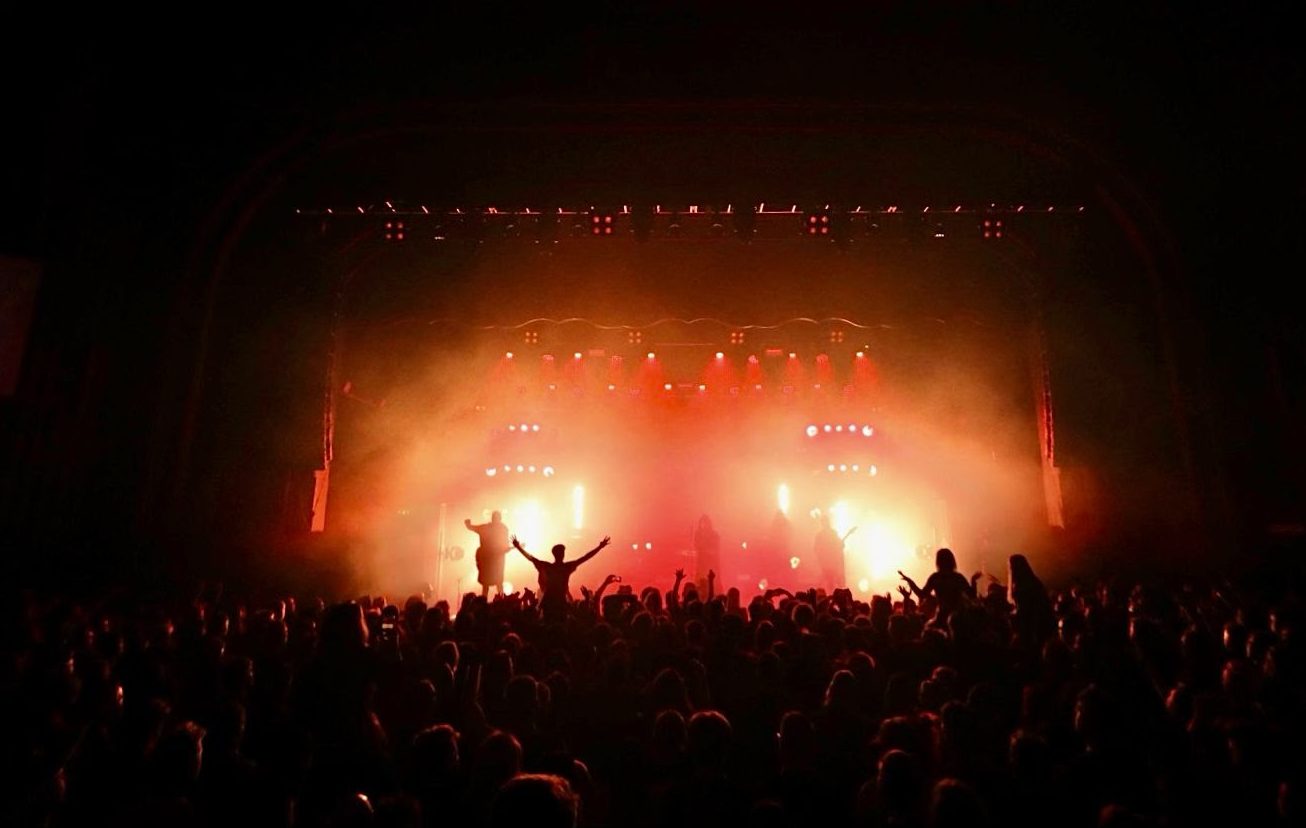 This past year has truly pushed artists like never before; with live events put on hold, acts have doubled down to bring a musical spark into our homes. The fifth annual Heavy Music Awards aims to reward these efforts, shedding a spotlight on the fabulous work of the past 12 months.

Packed in a sold-out O2 Kentish Town Forum, host Alex Baker welcomes everyone back into the world of live music in the only suitable way – complaining about how long the bar queues are. Immediately charmed, the crowd is eager to delve into the awards – jeering, cheering and howling triumphantly with every announcement.

Production-wise – well, the crowd’s screams during the nominee listing makes it clear enough. Enter Shikari’s Rou Reynolds picks up the Best Production award for his solo venture into production on 2020’s Nothing Is True & Everything Is Possible. Reynolds remains humble throughout, insisting he hadn’t been prepared to win… despite the album having orchestral movements, thrumming drum and bass breakdowns and chaotic jungle interludes. Definitely a feat worthy of praise!

This year’s Breakthrough awards are tough competition, filled-to-the-brim with enthusiastic new talents. A tough decision, however, must be made. Best UK Breakthrough Band, presented by SharpTone Records, is awarded to the raucous industrial pocket-rockets Wargasm, who run on stage full of gratitude and buzzing with an uncontainable energy. Best International Breakthrough Band, presented by AfterLive Music, is presented to the gloriously raw Spiritbox – the Canadians sending in  a thankful video message for their first ever award.

Bittersweet favourites Nova Twins pick up the award for Best Video for Taxi, a huge stamp of approval on the Harry Lindley-directed neo-noir extravaganza. Best Podcast is awarded to Stray From The Path‘s Craig Reynold’s The Downbeat – a win he insists would have been impossible if the Heavy Network’s On Wednesdays We Wear Black podcast had been up for the award!

Best International Band, presented by EMP, is awarded to the dark, mystifying American rapper Ghostemane. His melding of metal, hip hop and industrial styles seems to ring a chord with the audience, who scream his praises throughout the announcement. We also see the Best Album Artwork award presented to Mattis Adolfsson for his work on Dance Gavin Dance’s Afterburner.

Mighty ‘The H’ award, presented by Ticketmaster, is gifted to the Music Venue Trust. Frank Turner comes onstage to hand over The H award, praising the Trust’s work supporting grassroots venues throughout the pandemic.

Bring Me The Horizon are the true stars of the night, however, bagging two of the most prestigious awards of the night – Best UK Band and Best Album for Post Human:Survival Horror. Though the band are met with a scattering of boos after it seems no video was sent in, two separate videos are found of Oli Sykes thanking the fans wholeheartedly.

The night’s excitement is heightened by live performances from the best new faces in music. As Everything Unfolds serve as the first act, Charlie Rolfe’s remarkable vocals and guttural growls wowing the crowds. We’re also treated to some Hot Milk, with their gutsy, pop punk flare and impassioned lyrics.

Trash Boat’s performance is perhaps the most ‘controversial’ of the night – not because of Trash Boat themselves, but due to Milkie of Wargasm’s feature on Bad Entertainment. The online Twitch stream was prematurely cut short due to visible (female) nipples going against community guidelines. Not very #FreeTheNip, we must say – but the performance is truly a torrent of energy from both parties, enjoyable til the very last drop.

Closing act Sleep Token leave listeners stunned. The masked, anonymous alt-metal collective has the crowd eating from their hands, every track punching harder than the last. Considering the HMA’s have made a trend of a previous year’s performers nabbing the Best Breakout Band award (see Fever 333, Nova Twins, Wargasm…) whose to say if any of the performers will be in the running next year…!

So much excitement, we’re still trying to wrap our heads around it all. Here’s to another year of absolutely magnificent heavy tunes!