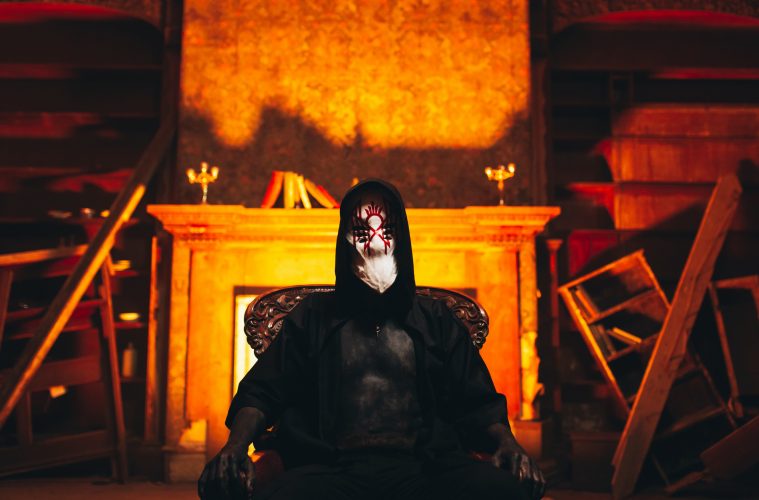 We wouldn’t blame you for initially assuming Sleep Token are a cult. Clad in cloaks and mask, their look is a lot more séance than rock show – but perhaps a bit of dark hypnotics is exactly what the music scene is needing right now. Geared with a bewitching, ambient post-metal sound, Sleep Token are one of the most intriguing bands around right now – and that’s exactly why they’re our Band of the Month.

The collective’s 2019 debut, Sundowning, has been burned into our minds since its release. Sleep Token have a skill for crafting an entire world within their sound, every listen drawing you in deeper. Their second album, the darkly named This Place Will Become Your Tomb, out on the 24th, is sure to build upon this world that Sleep Token have been crafting. It would be an absolute crime to miss out.

And we’ve not even mentioned Sleep Token’s live show – the collective truly enrapture any crowd placed before them. Not only did they headline the second stage at this year’s Download Pilot, but they also performed at the Heavy Music Awards this month – a sure-fire sign of a band destined for greatness. We’re certain that September is destined to be the month of Sleep Token… so strap yourselves in and get ready for the descent.

This Place Will Become Your Tomb is out 24th September.