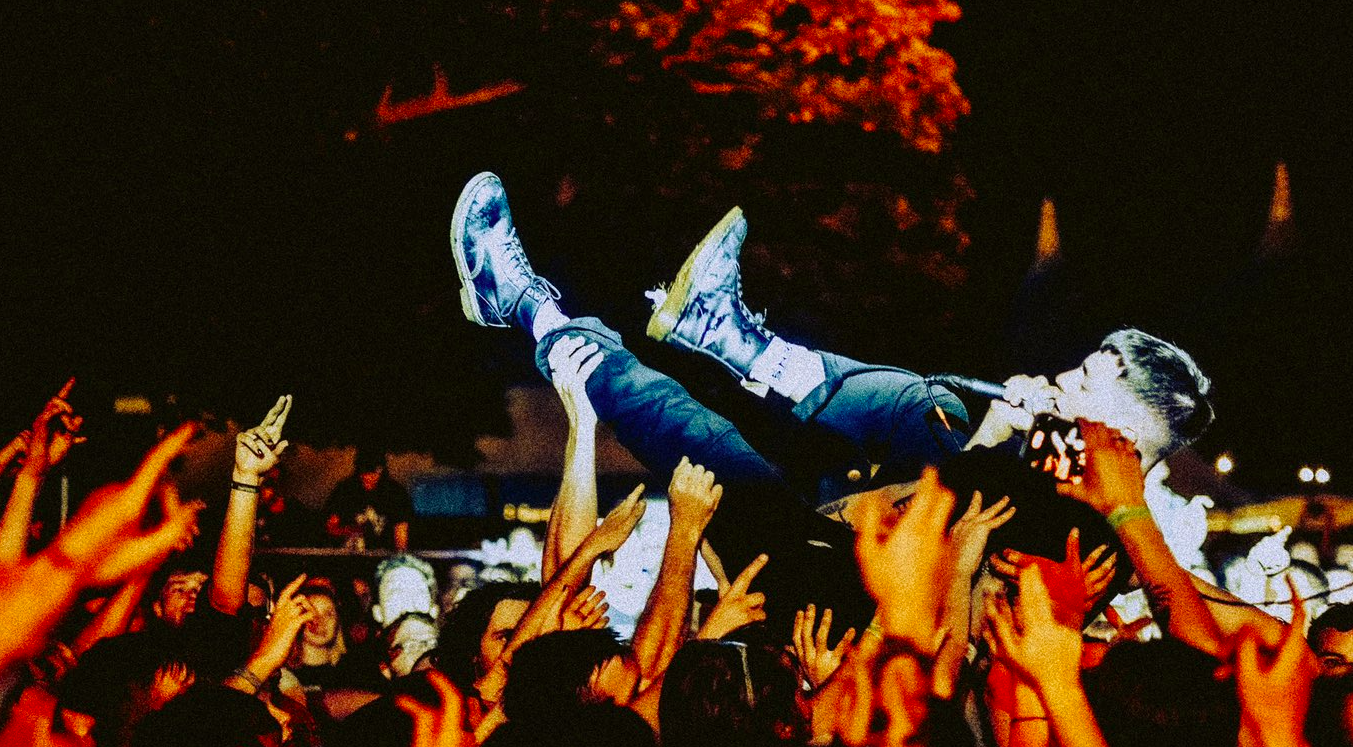 “Let’s see where the limits lie.” Catching Up With Boston Manor!

Boston Manor are a band relentlessly surging forward. They may not even have had the chance to tour 2020 magnum opus Glue yet, but that hasn’t stopped them from churning out a couple more explosive singles ahead of that long-awaited tour – and they’re pushing their own boundaries, and ours, just as much as ever. Carbon Mono proved its chops at Reading Festival and Slam Dunk, slotting neatly into the setlist and garnering a blistering response from the crowd – and Algorithm is ready and waiting to do the same. We caught up with frontman Henry Cox at Slam Dunk to find out exactly what that Boston Manor magic is, and what’s going into their sound.

Glue was an ambitious development for Boston Manor, and Carbon Mono and Algorithm continue the trajectory aptly. “We’ve always had fairly eclectic tastes,” Henry says, “and we were in a bit of a place where we’d already done such a big sonic shift from album one to album two, so let’s see where the limits lie. If we were gonna try something different and be taken seriously, now feels like the right time to do that, rather than do two or three more Welcome To The Neighbourhoods, you know what I mean?”

How do they find where they’re going sonically? How do Boston Manor decide which road to take? We mention Radiohead’s Kid A, the blueprint for the sonic breakout, but Henry’s humble – “I wouldn’t feel entitled to bestow it with such reverence! I think [Glue] is more of an Amnesiac.” But the Kid A is coming? “Hopefully! It’s probably my favourite Radiohead album! I think [finding our sound] is about blending stuff you like with other things, rather than trying to rip anything off. There’s thousands of songs sitting in a dropbox that are bizarre and don’t sound anything like us, but if we have to pull them back in line with being a Boston Manor song, that’s the easy part! The hard part is having the creative idea.”

“That’s the challenge,” Henry tells us about what makes up this Boston Manor core. “Jord [Pugh, drummer] is a lot to do with that, he focuses a lot on his own style and you can hear quite consistent unique drumming on a lot of our stuff… and it’s the same singer on every song! We’re always gonna be a guitar band, basically, we might try different things, like I’m really into the electronic side of things, and we have a lot of synths and stuff but at the end of the day we’re gonna be a rock band.”

Even within the bounds of rock, Boston Manor have already jumped around a lot from… “pop punk, you’re allowed to say it!” Henry laughs, as we discuss Boston Manor’s move away from that infamous label. “[Trash Boat] have really just done the thing, it’s awesome, they’ve done it with a lot of confidence. You do just have to commit and say I’m doing this. But there’s no disconnect!”

Listen to Algorithm now, and grab tickets for an unmissable tour here.