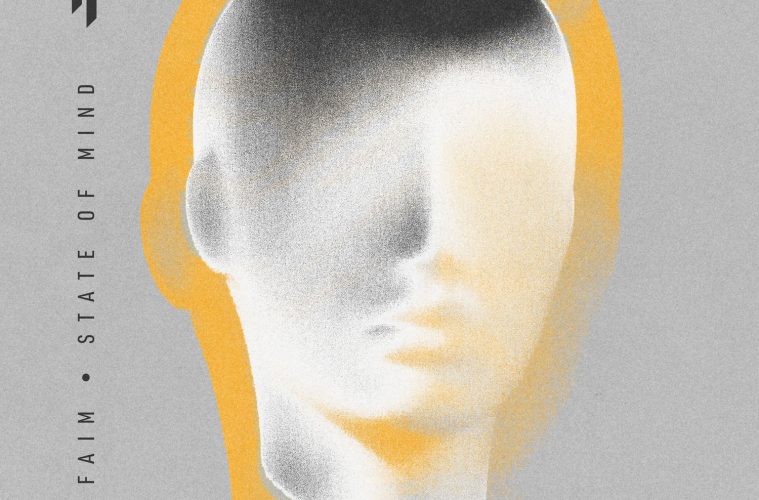 The Faim – State of Mind

The Faim, State of Mind
BMG

It’s rare for a new album to immediately feel nostalgic, but somehow The Faim’s debut State of Mind will have itself jammed into your mind after just one listen. With simple lyrics and hooks galore, this album is a perfect example of how hypnotic alt rock can be – not to mention that, if you’re a fan of Fall Out Boy or Panic! at the Disco, this album will quickly remind you of the golden days (if you’ll pardon the pun).

As soon as Tongue Tied cranks its way through your speakers, it’s immediately clear that The Faim have mastered the art of catchy alternative rock. It feels quite IDKHow, with slick guitars and the odd ‘woah’ to heighten the punch of the chorus. Summer is a Curse has very much the same effortlessly cool feel, the lyrics etching themselves into your memory almost immediately. The song feels vast and almost post-apocalyptically empty, the only sound the echoing lyrics and steady kickdrum.

Something that makes this album so strange is Josh Raven’s oddly familiar vocal performance… it’s unshakably reminiscent of Patrick Stump and Brendon Urie. This likeness is definitely the factor that gives The Faim a slight nostalgic edge, the vocals adding to that sensation that this is some classic alternative rock. A huge example of this is Humans, a track where the Stump similarities are glaringly obvious. On top of this, the track feels like its set in a Western, with quiet and contemplative verses that enhance the chorus’ bellowing calls of ‘Huuumaaaaaan’ – the overall effect makes it feel like a track straight off of Save Rock N Roll. In many ways, The Faim are making the kind of music you wish Fall Out Boy were making now (sorry MANIA).

However, there are some moments where the tracks’ influences do stand out a bit too much. Buying Time’s opening feels like it’s taken from Dua Lipa, as well as the chorus and its build-up sounding a bit like Panic!’s Golden Days. It’s a really catchy track, and the end breakdown is fabulous, but one thing you’ll need to accept when approaching this album is that it doesn’t feel particularly different or genre-defying.

Moments of the album definitely feel braver than others, however. Tracks like Amelie and State of Mind are definite stand outs, feeling unique and more self-assured than their quieter, more one-levelled brothers. Amelie makes a point of being multi-layered, with low choir vocals throughout and high yells of ‘AMELIEEEE’. The dynamics feel like a real change of tone, and it’s a blessing. Album closer State of Mind doesn’t feel too unique, but then we’re given a gritty, BRILLIANT guitar solo to send the album off. It’s a true shame it’s the closer, as it shows that these guys can definitely enhance their sound and make it more unique, but simply… didn’t.

Overall, State of Mind is a brilliant listen for anyone that misses alt rock’s heyday. It’s nothing particularly ground breaking, but it’s fabulously catchy and you definitely wont regret giving it a listen.