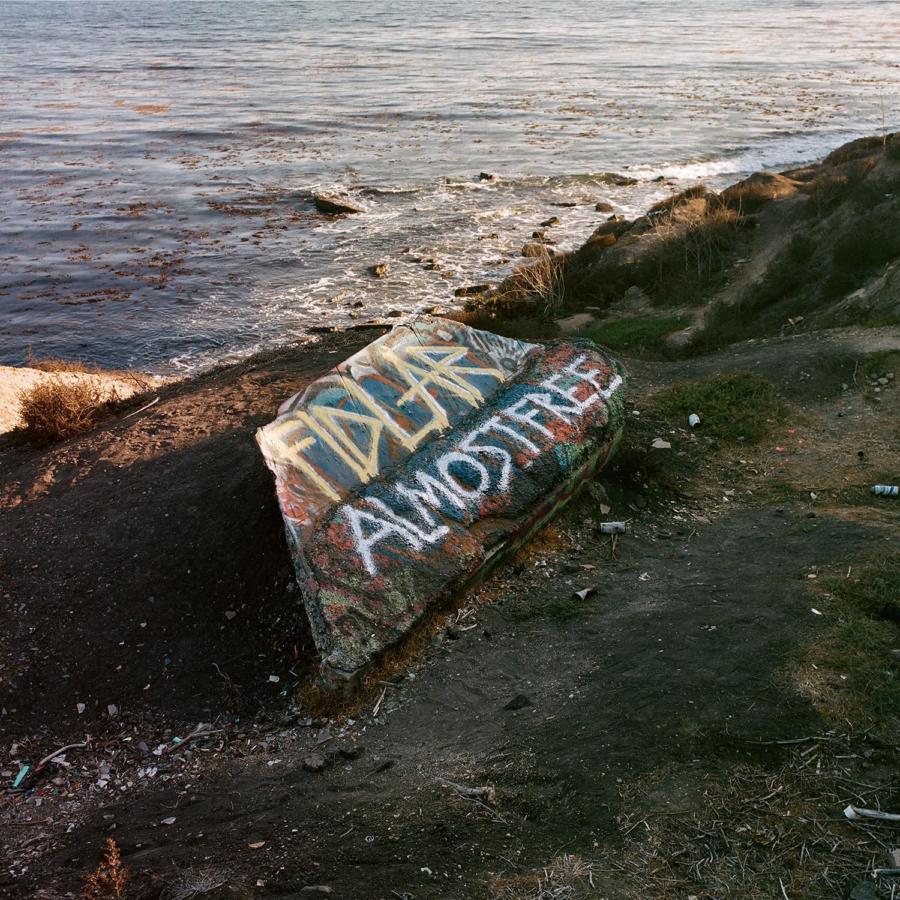 It’s four years since their last album, ten years since their conception as a band, and the latest from FIDLAR absolutely proves that they’ve taken these years of experience and used them to create their most interesting album yet. Like their self-titled debut and Too, it couldn’t have come from anywhere except California, but Almost Free draws on a myriad of musical influences from further afield than they’ve ever gone before.

Summer’s release of Alcohol was the perfect bridge between earlier FIDLAR and AF – it has the energy and the intensity we know to expect with a hint of the musical maturity encountered in less typically FIDLAR-esque tracks. The album’s title track follows Alcohol and is an instrumental interlude that sounds like a really tight band jam, featuring a brass section and demonstrating that you aren’t just listening to a skate-punk outfit, you’re listening to an incredibly accomplished group of musicians – they can do punk, they can do disco, they can do anything. Scam Likely makes this even clearer – think The Clash meets that disco vibe. FIDLAR have taken skate-punk and sent the production value through the roof, and while the melody is repetitive, it works within the song – it’s the furthest thing from dull, and it proves that FIDLAR can be cool in so many different ways.

There’s still undoubtedly the same energy we’re used to, though. Album opener Get Off My Rock is a brilliantly intense three-minute shout-fest, the best possible intro that Almost Free could have. Right from the off, Zac Carper’s familiar voice ties the newer, funky FIDLAR to the angsty, chaotic, former FIDLAR. We’ve still got the short punctuating tracks, this time in the form of Nuke, we’ve still got savage tracks like Flake that remain stingingly relatable, we’ve still got laments to drugs and/or sobriety like Good Times Are Over that glow in their painful honesty.

In other places, FIDLAR’s branching out does extend to their subject matter. Called You Twice is a warming narrative featuring k.flay that seems worlds away from the FIDLAR who said ‘your girlfriend or boyfriend can suck my dick’, and Thought. Mouth. gives angst some more airtime with some classic insecure-in-love lyrics that not one person in the world hasn’t felt before. In Too Real, FIDLAR’s touch on the political seems slightly undercut by the fact that they’re commenting on the fact that everyone feels the need to make a comment, but maybe that’s the point – we need to address topics that are ‘too fucking real’.

In Almost Free, FIDLAR have certainly digressed from the formula that saw them churn out two albums of straight bangers, but the sleeker production and more interesting musical intricacies make it clear that FIDLAR know what they do well, they know they can do it well, and now they’re doing even more. Almost Free shows us that whatever direction they take, they’re going to keep doing it well.

Almost Free is out now via Mom+Pop Records.