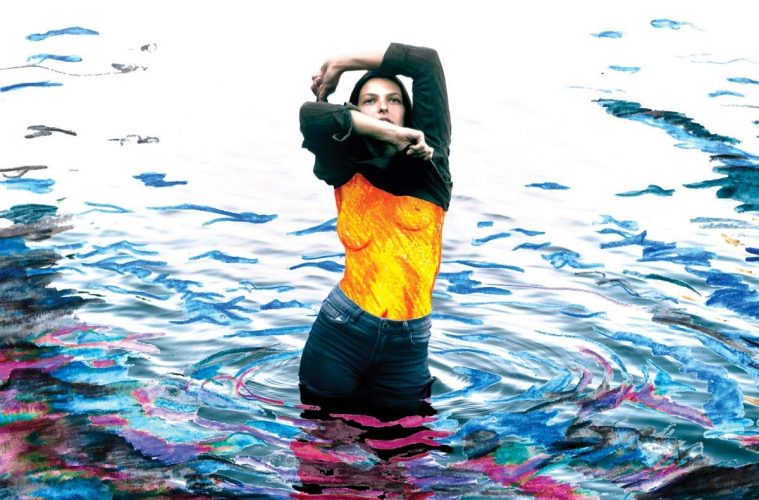 The title track of Stand Atlantic’s debut album features a lyric which sums itself up completely – ‘like skinny dipping in my jeans’. With a sense of vulnerability, but also a sense of paradox, Australia’s (relative) newcomers have opened their hearts right up to us, while acknowledging the fears and anxieties that can drag them down as they do.

It might seem lazy to compare a female-fronted three-person band with Paramore, but from opening track Lavender Bones, the feel-good vibe set against sadder lyrics conjures up a vivid atmosphere of tight, mid-2000s pop-rock. Paramore being one of the most skilled executors of this style, the comparison draws itself, and Stand Atlantic certainly live up to it.

The immediate fast pace of the opener and the similarly-styled closing track Roses create a delightfully cyclical feel, bringing together all the good parts of the rest of the songs – big builds, gang vocals, even a string section rounding things out. In between, there’s plenty more to talk about: the songs flicker between upbeat, catchy tunes like Speak Slow (which ironically barely lets you take a breath), and songs on the more melancholy side, written as vulnerably as the album’s title suggests.

Cigarette Kiss starts off as the latter, a minute of acoustic, idealistic nostalgia, before the instruments kick in. As well as creating such a clear atmosphere, Stand Atlantic’s music is also technically impressive; with only three members, it can be hard to create a really full sound, but vocalist and guitarist Bonnie Fraser manages to make one guitar sound like many. The real standout of the album is Burn In The Afterthought, which is four minutes of tension and anticipation being built up and released again and again.

Elsewhere, vocals and lyrics tune right into what we’re looking for from a pop-punk album. Toothpick is easily the saddest song here, and yet it doesn’t fall into any traps or tropes, just an isolated guitar line and Fraser’s velvety low voice – think Real Friends’ I’ve Given Up On You, with the same kind of confessional, realistic metaphors. And, as if the album wasn’t already saturated with fantastic female voices, penultimate track Clay features Creeper’s Hannah Greenwood; her voice and Fraser’s share the same richness and complement each other brilliantly as they appeal to the listener to ‘hit me where it hurts’. It’s a treat to hear a pop-punk band digressing from standard 4/4 rhythms as Clay lilts forwards before growing to a glorious end.

The anthemic nature of Stand Atlantic’s sing-along choruses and relentless riffs mean that it’s easy to throw yourself into Skinny Dipping. Make sure you do exactly that.