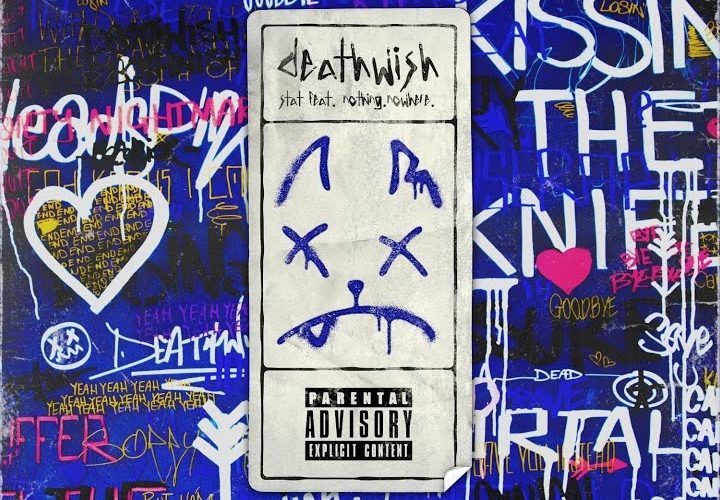 Stand Atlantic are powering on further down the path of cutting-edge pop-punk with new single deathwish. With help from nothing,nowhere., they’ve amped up the electro side of their infectious sound for another utter banger.

We heard hints of this direction for Stand Atlantic on last year’s Wavelength, from their brilliant sophomore record Pink Elephant. They’ve never been afraid to push the boundaries of pop-punk into places that make it even better, and deathwish proves this. À la artists that have had a huge rise recently with this kind of genre mashup including MGK and the like, Stand Atlantic maintain the mega hooks they’ve always had a penchant for, turn the guitar riffs up to heavy, distorted and delectable, and fill it all out with choppy electro drums, a dark hiss in the bottom of a track that’s already atmospheric.

The quintessential pop-punk vibes are still kicking though – deathwish’s chorus as a rager, impossible not to sing along to with a churning guitar instrumental. The chunky basslines keep the energy going through nothing,nowhere.’s verse too, nonchalant and darkly cool compared to STAT’s Bonnie’s soaring, magnetic delivery. It’s a captivating pairing, especially on a song as intense as deathwish. They’ve not confirmed what, if anything, this tune is teasing, but we’re very excited.

deathwish is out now.