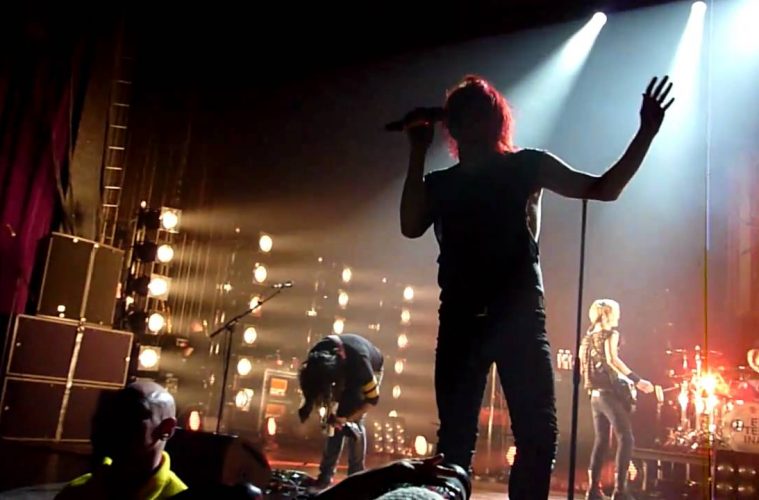 Fake Your Death? MCR are back on the stage!

It’s just under a month to go until… do we even need to say it? Everyone knows about it, everyone’s excited beyond words about it, we’ve been waiting for it since the 22nd of March 2013 – MCR ARE BACK!!!!! We’ve definitely all been blasting the emo icons non-stop since Halloween’s life-altering announcement, so we thought we’d have a ponder about what might possibly be the song they welcome themselves back on to the stage with.

1. Helena
It was the last song they played so it seems cyclical it should be the one they return with – and can you imagine the lucky thousands that got tickets screaming along ‘so long and goodnight’ whilst gloriously knowing it is, in fact, NOT so long and goodnight?

2. Fake Your Death
It seemed cruel of My Chem to leave us with this on their Greatest Hits album. It created mass speculation, but for them to come back and kick it off with this one wouldn’t be cruel – it would be the most long awaited punchline to the best emo joke of all time.

3. Welcome to the Black Parade
This one pretty much speaks for itself. Probably their most well-known song, just the sound of that G note would have the crowd on the floor. It would definitely be a return at maximum emotional level (though wouldn’t anything?)


4. Look Alive Sunshine/Na Na Na
Ok. We love the emotional bangers, but seeing as Danger Days is set in California 2019, it would be very fitting for MCR to catapult us straight into the comic-book universe that sets the scene for their grand return. And the ENERGY of these two tracks – unmatchable.

5. Headfirst For Halos
This is our underdog – it seems unlikely that the show will kick off with a cut from debut album You Brought Me Your Bullets, I Brought You My Love, but we’d just love to see the guys storm on to the stage with a lyric about going back to where it all started.

So what’ll it be? We’re counting down the days till we find out, and everyone’s favourite emo band are back – and they better be back to stay!