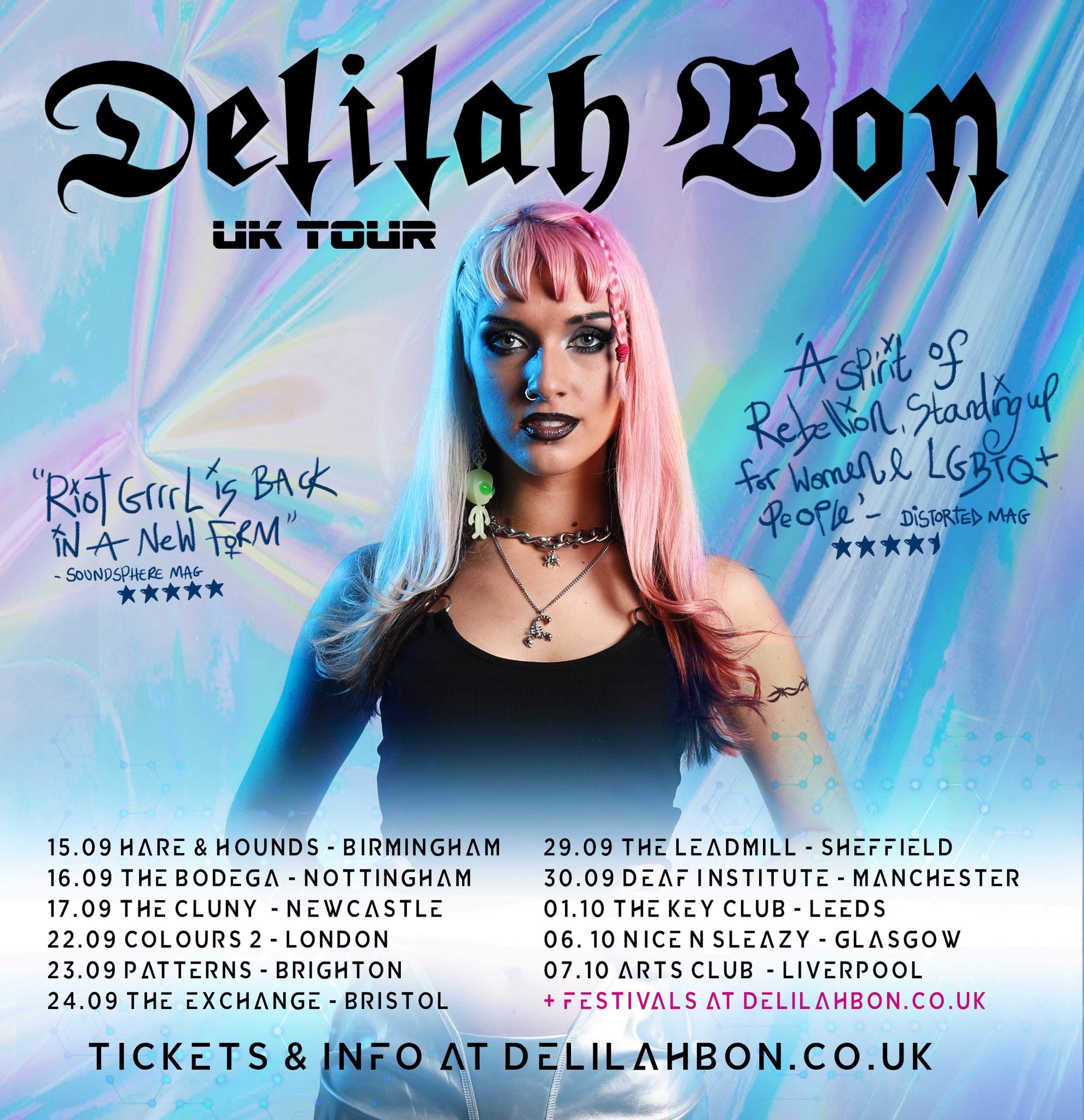 Delilah Bon – Coming To Boss It In A Town Near You!

She’s finally on her way. Delilah Bon, boss bitch extraordinaire, brat-punk rap queen with a singular mission of hyping us up, has announced a UK headline tour.

With just a handful of live shows as Delilah under her belt, this inaugural headline spin around the country is set to be a long-anticipated explosion. Though she’s new to the stage as Delilah, Lauren Tate (the woman behind the moniker) is absolutely no stranger to a punk show, as the fearsome, fabulous frontwoman of Hands Off Gretel, who put on a show to rival all others. Her calling cards are riotous energy and boundless fun – incidentally, the two calling cards of Delilah Bon’s music, too, with a healthy helping of righteous fire in the belly.

Forget girls to the front for a song – this is girls to the front, the tour. Delilah’s anthems pack equal parts rage, catharsis, and feminine joy into their genre-blending fabric, which means they feel like they’re made for a live setting that fuels sheer happiness and connection. We can’t wait to see if Delilah’s Chiquitita dreams come true, and we’ll be belting every word and shaking it to every beat.

If you’re not convinced yet (which you should be) – here’s what we thought of her stunning self-titled debut. Tickets are on sale Friday, here.