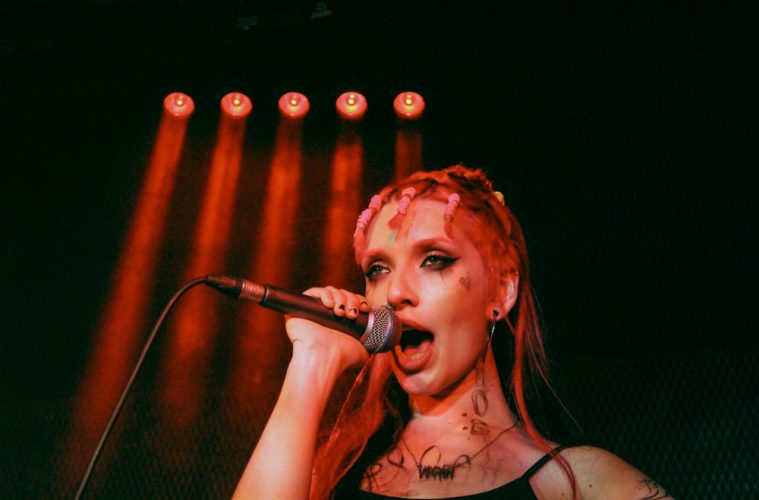 Tonight’s show is sold out – but we didn’t need to know that to know that tonight’s show is going to kill it. Hands Off Gretel have set the tone for the evening with their tour title – Still Angry, an homage to their feelings and to last year’s Angry EP, which hasn’t seen the stage until now. The intimate upstairs room of the Camden Assembly is full of long-time fans, and they’re raring to go – and Hands Off Gretel do not disappoint.

Before they take to the stage, it’s time to have our ears assaulted (in the best way) by Mummy, a delightful onslaught of grungey noise that overflows out of the room with a ferocious glint in its eye. “Get ready to slap the person next to you… it’s like a Limp Bizkit concert gone wrong,” the London locals command, and though fortunately no one actually literally hits one another, the punch their set packs is violent enough.

By the time Hands Off Gretel arrive, the venue is packed, but the band don’t arrive to any particular fanfare. After coming on and setting up their instruments, there’s a vibe of, hey, let’s go for it – and that’s where it all begins. All eyes are on frontwoman Lauren Tate as she wields her guitar like a weapon, bouncing around the stage with the energy of a pixie, or a punk Barbie. One thing that’s evident from the off is that this is a show full of friendly faces – Lauren picks people in the crowd out by name and cradles the faces of the front row, she and Sean Bon’s back and forth raises plenty of dialogue with the crowd, and when Lauren’s mind blanks out and we restart Bigger Than Me, there’s not a hint of any embarrassment as the audience chuckle along, the spell totally unbroken.

As friendly as this gig feels, though, there is no denying that this is a punk show, in its purest, rawest form. Setlist highlight War (despite being an unreleased song) is raucous and ignites something huge in the room, bawling out its challenges to oppressive systems in a fierce lick of guitar; Rot, one of the band’s more pop-punky-feeling offerings, positively explodes; mosh-pits are relentless. But this is differentiated from your usual punk show by who it’s for – Hands Off Gretel aren’t here to take any shit, and they’re not here to let their audience take any shit either. Lauren’s the knight in shining armour of the front row, telling mosh-pits (however gleeful they’re jumping around) to back off and stop bashing into people who don’t want to join in. Femininity is power, here, just as much as masculinity so often rules punk scenes – we’re told to ‘be our loud annoying selves!’ and never apologise for it.

Tonight has hit the perfect balance. It’s everything you need from a show – seasoned rockstars who are obviously magnetic, adept at commanding a room, but also no pressure at all that you have to try and impress anyone else there. We’re all here to dance around, sing along, feel angry, feel happy, and have fun: all the things we’ve really missed about live music. For every moment the band look like a whirling mass of headbanging and jumping around, there’s also moments where you just catch them grinning and looking truly elated to be there. It’s good to be back.

Tickets for further Hands Off Gretel dates are available here. 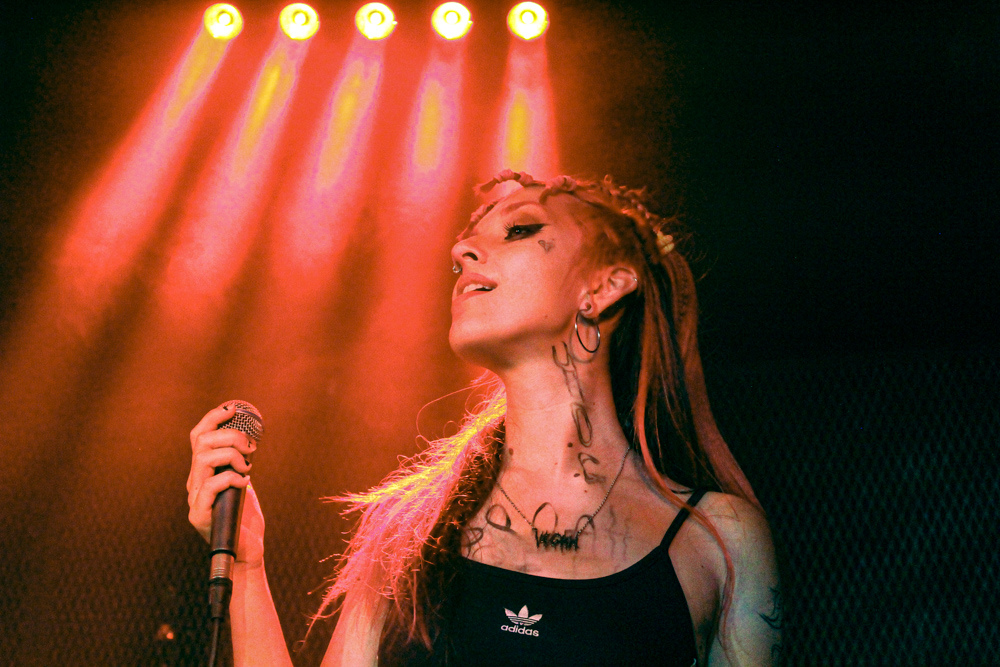