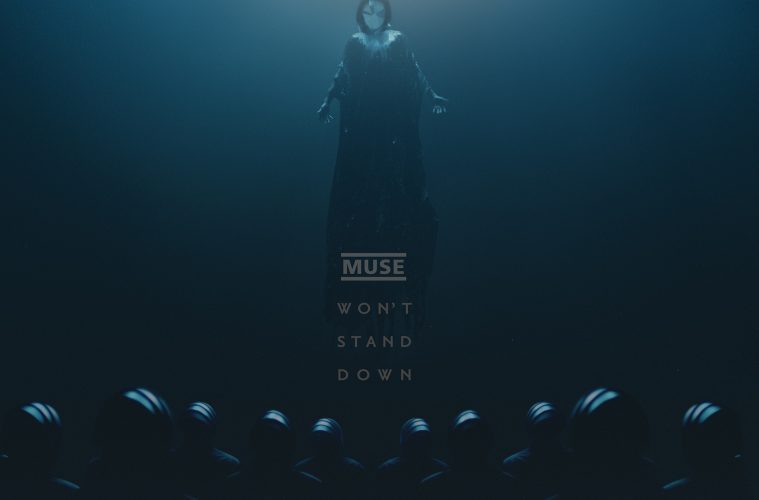 Heard any good riffs recently? Smashing out their first single since the release of 2018’s Simulation Theory, the iconic Muse are back – and they’ve got riffs. With a flare of theatrics and a gritty undercurrent of fierce guitars, Won’t Stand Down is classic Muse – and it’s exactly what we’ve been waiting for.

Though Simulation Theory has its high-points, there was a definite lack of meaty Muse breakdowns; the 2018 release focused more on light, vibrating synthetics rather than ferocious guitar solos. Where previous releases wallowed in the realms of menacing guitars and distorted drumming, Simulation Theory seemed to prioritise ballads over breakdowns – but, luckily, Won’t Stand Down is a true return to form. As the girthy bassline feeds into that absolutely UNGODLY metalcore breakdown, you can’t help but think “yep… THIS is why Muse are so legendary.”

While the lyrics veer on the side of being a tad surface-level, that by no means takes away from the ferocity of the instrumentals. As Matt Bellamy repeatedly croons out shallow lyrical hooks “won’t stand down – I’m growing stronger” there is a definite sense of simplicity… but, ultimately, it just means that you’ll be singing along by the second chorus. The track feels like a refined Dig Down: lyrically focusing on the same idea of never giving up, but building a much sturdier soundscape. There are also some similarities aesthetically – the track’s music video also seems to be a remake of The Handler – but, again, this doesn’t take away from that brutal breakdown.

Despite it’s simplicities, Won’t Stand Down is an instrumental juggernaut. This is a wall of rich, gorgeously heavy sound that will leave you weak at the knees – which is exactly the effect a Muse track should have. Hopefully the guys continue to flex their metalcore muscles, as nothing can beat a Muse tune with a juicy riff.

Won’t Stand Down is out now.