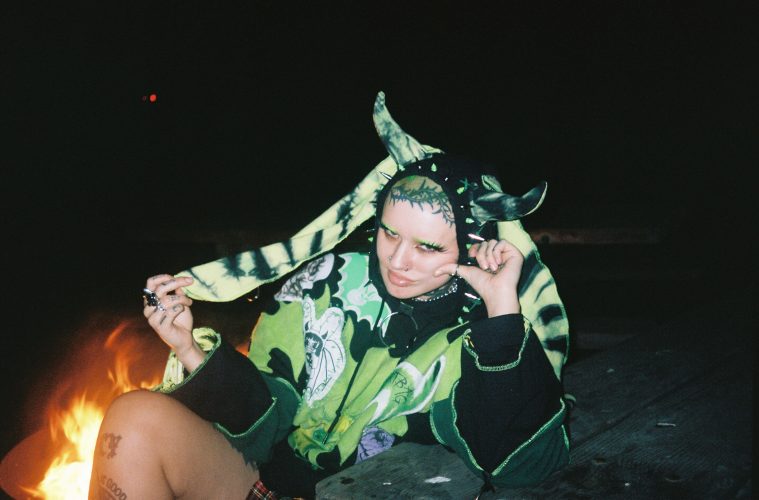 After an astounding end to 2000Trees, ‘ugly-pop’ extraordinaire ZAND returns with Battery Acid, a sensitive offering that sees them at their most musically vulnerable so far. With a back catalogue packed with dark anthems and bad-bitch hype, they’ve long been a beacon of avant-pop empowerment, but Battery Acid provides a sobering flipside to the ferocity.

ZAND takes their time to build up every emotional layer we hear, from the delicate acoustic strumming to the cinematic elements that drift in the background and occasionally slip into the foreground for moments of escapism. Battery Acid isn’t an easy listen, about abusive relationships and particularly, ways they manifest when they intersect with queerness. ZAND’s writing is poignant and challenging, not limited to one point of view but exploring the microcosm of second-guessing and denial and humanity that comes alongside the situation.

Battery Acid exorcises feelings without glorifying having lived through it, though – the lyrics progress from a halting “I have a boyfriend and he’s kinda nice but…”, pouring into a pain-ridden monologue of accepting why this relationship feels so sour, to a slow “I’ve got a girlfriend and she’s really nice…” at the end. ZAND doesn’t give us a happy ending and say it was all worth it – they acknowledge the pain, but they let themself have a moment of hope.

Battery Acid is out now.