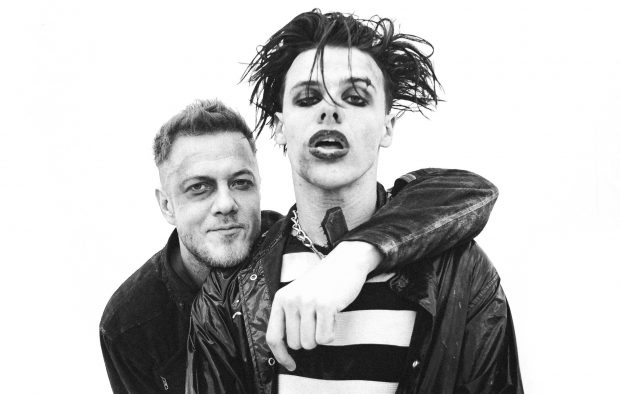 Angst-laden lyrics? Bitingly sarcastic delivery? An overall vibe of surprise it’s possible to feel so angry but so unable to stop dancing at the same time? Behold, the hallmarks of a Yungblud song – and latest cut original me certainly lives up to them. Dan Reynolds of Imagine Dragons pops up here, yet another unexpected but excellently pulled off collaboration, and he brings the arena-rock singalong power to Yungblud’s grittier style.

The track opens with a buzzing bassline and a drumbeat that gets you moving before the pair even start singing, and the first verse channels the rockier parts of their respective sounds as the bassline continues underneath the lyrics. However, the song really comes into its own when they start drawing from elsewhere – the snappy drums in the chorus, Yungblud’s pacey hip-hop-esque delivery of the second verse, and Reynolds’ joining in with select lines make for an unrelenting building feeling that’s as uplifting as it is snappy, and the song really starts to shine.

The song might seem angsty, but in typical Yungblud style, it’s not what you’d expect – the message is one of self-love, and who cares about anyone who thinks badly of you? Yungblud’s certainly never cared about fitting into anyone’s idea of what he should be, and listening to original me, it’s impossible not to take pride in being an ‘original loser’. This is a song we can definitely see being gleefully echoed around rooms at upcoming Yungblud live shows, and a sentiment we’d definitely love to see echoed around everywhere else too.

original me is out now via Locomotion.