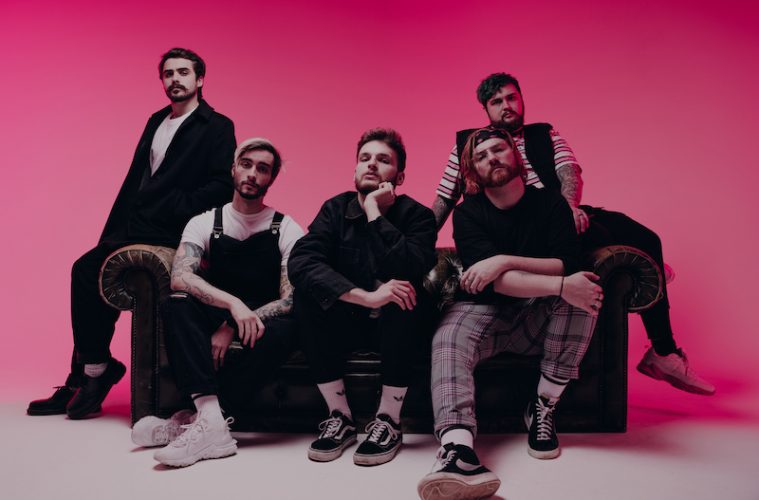 It’s been a while since 2019 debut Low, but TheCityIsOurs are back! Geared with a fierce new single, a new vocalist and freshly signed to Arising Empire, the metalcore 5-piece have definitely had a make-over… and they’re sounding better than ever. Violent is just that – a ferocious torrent of instrumentals and rough vocals, deliciously heavy and gloriously catchy. If this is just our first taste of the new line-up, it’s fair to say that we’re pretty bloody excited to see what else TheCityIsOurs have got in the works for this year.

Violent is immediately sweat inducing – gruelling guitars herd you in, before Oli Duncanson’s vocals crash into the track with a call of “VIOLENT!”. And, boy, are Duncanson’s vocals a delight; despite being a fresh pair of lungs, his voice just feels right, flawlessly suiting the band’s sound. His performance is slick and perfectly amplifies the cutting energy of the track – pretty solid as far as vocalist debuts go!

Whilst some things may have changed, there’s definitely one thing that hasn’t – and that’s TheCityIsOurs’ absolutely huge, heavy soundscapes. This track is exactly what you want from a metalcore track, filled-to-the-brim with mighty drums, punchy riffs and an anthemic chorus. Violent ticks all the boxes and then some.

This single is an impassioned screech of betrayal, raw and heavy in all the best ways. TheCityIsOurs’ debut was a bold, fine-tuned venture into metalcore – and, two years on, it seems like these guys have still got it. We can’t wait to hear what else these guys have been working on!

"... a nihilist pop-punk banger... singing along at the top of your lungs and feeling miserable has never felt so good."

@hotmilkhotmilk are releasing an EP! @immmsss reviews latest taste I Think I Hate Myself ⚡️ @musicfornations