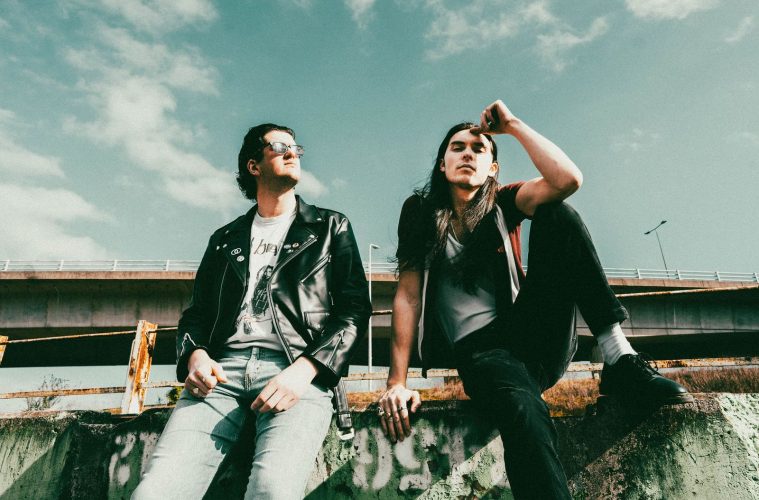 Blending the anthemic energy and howling magnitude of classic rock together with a deliciously DIY, underground-favourite losing-it-in-a-basement roughness around the edges, James and the Cold Gun announce their debut EP False Start. It comes with the release of lead single It’s Mutual, showing off every bit of J&tCG’s knack for a banger and promising there’s more to come.

It’s impossible to pin down the atmosphere of It’s Mutual – one beat it’s a sprawling Route 66 at 90mph sunny day tune, the next it’s impossible not to visualise a black-box basement venue going crazy in a shouty, sweaty mosh pit. The combo of fuzzy guitar lines keening alongside James Joseph’s effortlessly belted vocals make for a telling of It’s Mutual’s story that’s as full of swagger as it is emotion. It’s a story of claustrophobic awkward relationship breaking points, and as the band say, an antidote to those conversations in the future because you can just stick this tune on.

False Start is due out at the end of April, and from the sounds of It’s Mutual, seems ready to cement James and the Cold Gun’s ascent to rock and roll hero-dom. They’re off on tour this month in the leadup alongside Creeper, a match made in heaven for their symbiotic brands of theatricality – and then in April with Elvana, who also fit for their brilliant theatricality in a totally different way. With acts like these along for the ride, and a sound that demands to be cranked up and blared out the windows, James and the Cold Gun’s road to household name is long and straight, and they’re accelerating.

False Start is out 29th April. Grab tickets for the tour with Creeper here, and if you’re lucky enough to live near Bridgend you can catch them at a headline show on Friday too. Tickets here.