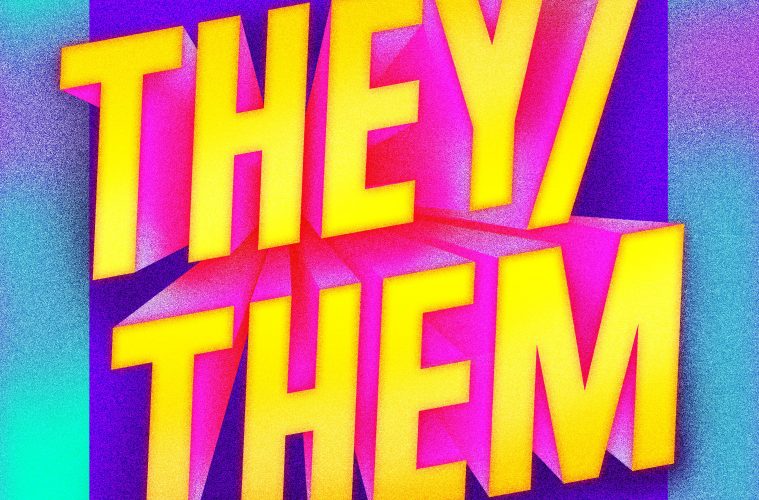 Dream Nails are back with They/Them, a song that does one thing and one thing only – shouts loud and fierce in support of non-binary people. Like summer’s Take Up Space, there’s no room to bother with nuance. It’s just punky, biting and downright vital messaging. It’s the band’s second single with new vocalist Leah Kirby, who is non-binary themselves, so the band’s calls for resistance are all the more poignant and delightful to listen to. They/Them is a proper anthem down to the ground.

“This song is a rage-fuelled love letter to non-binary people everywhere”, says Leah of the track. “As a non-binary person, or enby, living in the UK, I am constantly mis-gendered and often feel invisible. This is a banger for the fat enbys, the black enbys, the neurodiverse enbys, the disabled enbys. The enbys that don’t fit mainstream narrative of what genderqueer is. We refuse to be palatable and to fit into binary terms of ‘male’ and ‘female’. After hearing this song, I dare you to call me girl again!”

Built on the groundwork of gritty, deliciously bright guitar riffs, They/Them’s repeated lyrical mantras are a total call to arms just as much as they are a stinging invitation to non-binary people to be noisy, unapologetic, and joyful. As is typical of Dream Nails’ brand of punk, yes, it’s angry, but it’s not just angry – it’s written so that people can relate to it and throw themselves into a community of people who relate to it too.

All proceeds from They/Them go to The Outhouse, a grassroots LGBT charity based in Colchester.