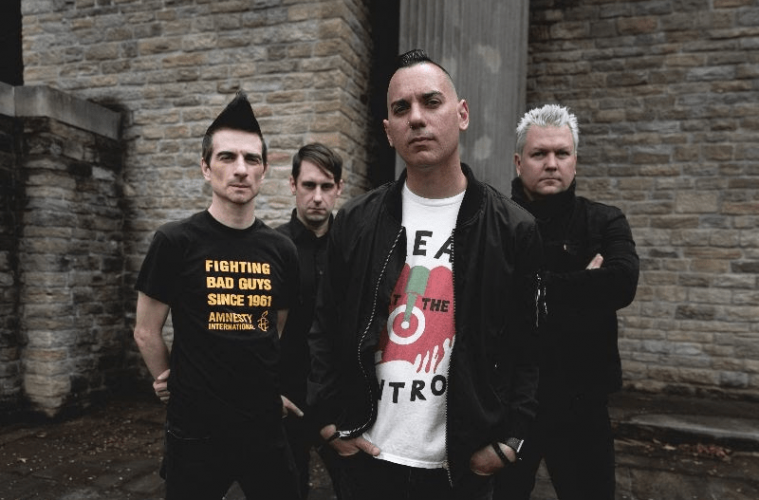 There’s no better time for a band like Anti-Flag to be on the scene. Their political punk has been a fire underneath us since 1996, and they’ve stayed angry as the state of American and world politics seems to have been deteriorating ever since. They’ve been prolific (ten albums out since 2010!!!) but they’ve never once let us down.

Latest track Unbreakable is less of the angry, more of the empowerment – as the title would suggest, it’s about standing up in the face of all that’s happening and refusing to back down. As vocalist Justin Sane spits out, yes, we may be “against the wall”, but we’re “unbreakable in every single way” – it’s an anthem of sticking to your guns against a world that’s trying to kick you down, apt in the face of everything the world’s political stage seems to be throwing at us. Anti-Flag aren’t always mega-specific about the politics they’re singing about, and Unbreakable seems pretty general, but it means that it has a timeless quality. The Press Corpse only grows more relevant, 1 Trillion Dollars is positively painful in the light of the billionaire debate, and Unbreakable has a solid place in the Anti-Flag discography as another banger that encompasses the mood rather than this exact moment.

Musically, Unbreakable is the perfect anthem – the cascading guitar melody lines, the chugging riffs through the verses, the crashing drums, Justin Sane’s vocals over unclean screams that underpin the vibe of the track. And of course, gang vocal moments that are the perfect demonstration of the community the track is inspiring. Anti-Flag are a band we always need, and we’re definitely grateful for this track right now.

Unbreakable is out now.