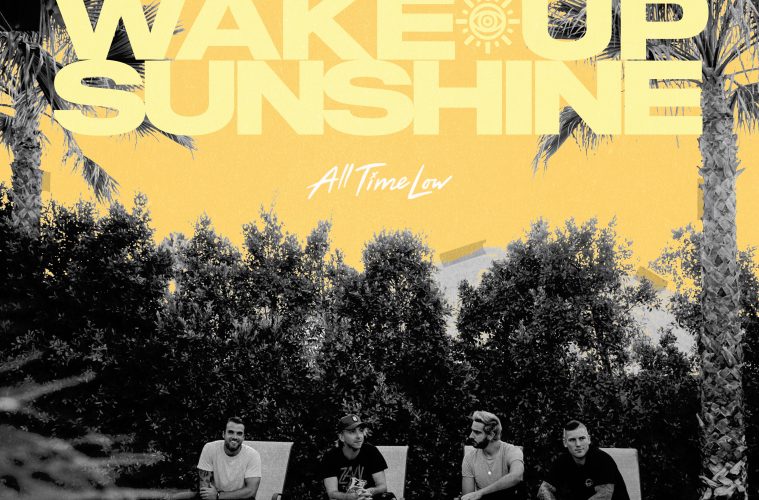 All Time Low – Wake Up, Sunshine

ALl Time Low, Wake Up, Sunshine
Fueled By Ramen

Wake Up, Sunshine! A gorgeously cheerful mantra for days that seem dark and static – and All Time Low’s 8th(!) full length is exactly the lift we need. It’s shocking that they’re nearly 20 years into their career as a band, and 8 albums deep (with a handful of re-releases and special editions), because they still feel like the band we grew up obsessing over.

Wake Up, Sunshine is a record as warm and glowy as its name suggests, and it feels like a real milestone for the Baltimore icons as well. They’ve had their sound – light-hearted, joyful pop-punk with twists of emotion and no shortage of dance appeal – on lock for years, but as a band who started when they were teens, there’s of course some development to be done. Every record so far’s had the ATL sound with the odd variation that means a song fits within the era, and they’ve been toeing the line between ‘old’ ATL and ‘new’ ATL, and on WU,S they strike the balance more flawlessly than they ever have done before.

The set of singles they released in the lead up to Friday’s release has set the tone perfectly (we’ve delineated them here for your reading pleasure), highlighting the best that All Time Low are bringing to their latest full-length: unfailing energy, sunny riffs and Alex Gaskarth’s unmistakeable voice wrapping round the lyrics, comfortingly familiar but exhilarating at the same time. When he called Wake Up, Sunshine ‘dancing songs’, he was all too right! The album’s packed with optimistic lyrical nuggets like “wake up, sunshine, somebody loves you”, and “you’re gonna be alright”, generously scattered through the album, perpetuating All Time Low’s status as creators of the happiest pop-punk bangers around.

Wake Up, Sunshine does bring some never-seen-before excitement though, in the form of collaborations with blackbear and The Band Camino. All Time Low’s previous artist features have made for iconic bangers, with the likes of Mark Hoppus, Joel Madden, and Vic Fuentes gracing their records. On Monsters, ATL nod to the comfortably established and still growing emo-rap scene, with pioneer rapper blackbear dipping into the edged-up track for a verse, delivering vocals that complement the punchy instrumental and intense (if a little cliché) lyrics perfectly. The Band CAMINO, on the other end of the scale, bring indie-pop subtleties to Favorite Place, merging with ATL’s sound for a verse that sounds deliciously fresh.

At 15 tracks long, Wake Up, Sunshine clocks in just behind Don’t Panic: It’s Longer Now for longest album, and we’re glad. It flies by, and halfway through the banger that is January Gloom (Seasons pt. 1), you get a twinge of sadness: oh no, it must be nearly over. How will I possibly go on through the sunshine and the lazy days of gloom without more tracks as boppy as this? Well, you’re in luck – realising you’re barely halfway through is like waking up and seeing you have three hours to go till you have to get up. And you can spend those three hours listening to Wake Up, Sunshine three more times, because it’s start-to-finish brilliant.

Tucked away towards the end are some tracks that are set to be absolute ragers live – the Waterparks-esque cascading guitar melodies of Clumsy, and Glitter and Crimson, the nostalgic, laidback lighters-in-the-air Summer Daze (Seasons pt. 2), the beyond-heartwarming refrain of Basement Noise (“just stupid boys making basement noise in the basement” – could they have reminded us of the band we started out loving any more endearingly?).

Wake Up, Sunshine is an album that fits comfortably in amongst All Time Low’s back catalogue without blending in and getting lost. It’s not a classic yet, but fan response suggests it won’t take long for it to reach that status – it’s got hit-making power, it’s got all the qualities that have got us falling in love with it, and that keep us loving All Time Low release after release.

Wake Up, Sunshine is out Friday 3rd via Fueled By Ramen.