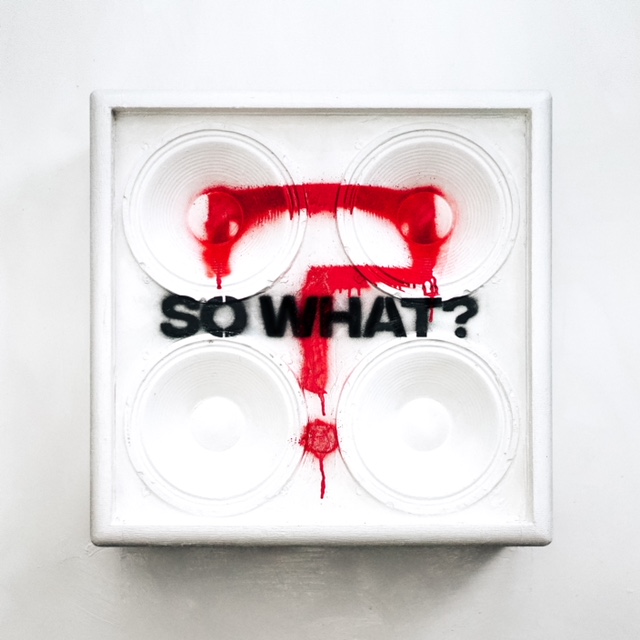 While She Sleeps – SO WHAT?

While She Sleeps, SO WHAT?
Sleeps Brothers

While She Sleeps are back and they’re not taking any prisoners. This album is a tour de force that captures the unstoppable energy of these Sheffield rockers, an onslaught of guitars and rapid-fire pace from start to finish. In a world where metal feels pressured to soften up, these Sheffield lads are simply saying ‘So What?’, unashamedly presenting us with one hell of an album that fans are going to adore.

As soon as ANTI-SOCIAL starts, it’s clear that this album is going to be a killer. The track feels like an old Korn track, amazing guitars building up the tension before drums finally rumble into the mix. The song feels like an oncoming storm, dark and powerful, whilst also having a rhythm that makes you want to burst into movement. The common thread of this album is this desire to move, this ever-present drumbeat that urges moshing, chaos, screaming.

This album is clearly designed for live shows. I’VE SEEN IT ALL has gang chants of ‘WO-OH-OAH’ scattered throughout, forcing you to envision just how the crowd will react to its energy in a live setting. The song begs for circle pits, as does title track SO WHAT?, with slightly more melodic vocals but a pace that’s just as demanding.

If you’re looking for some exciting instrumental moments, this album also delivers beautifully. Inspire is one of the softest vocal performances on Lawrence Taylor’s part, but the guitars and drums make this song a heavy hitter. There’s an amazing drum beat throughout, mixed in with some interesting synth notes — but oh lord is the guitar breakdown halfway through brilliant. Another example of the instruments really packing a punch is BACK OF MY MIND, a track that has a hammering, angry drumbeat that demands your attention. There’s a moment near the end of the track where the guitars could easily have been pulled off of a Muse track, a similarity that shows just how sophisticated this album really is.

The album’s stand outs are the most dynamic tracks HAUNT ME and ELEPHANT. The tracks encapsulate everything the album has to offer: dirty drums, clever guitars, guttural screams and dreamy vocals. HAUNT ME is brave, mixing soft and heavy musical elements beautifully. ELEPHANT has amazingly gruesome guitars and gang vocals yelling ‘THERE’S AN ELEPHANT IN THE ROOM’, as well as moments of that dreamy softness While She Sleeps can capture just as successfully as their heavier endeavours.

So What? allows While She Sleeps to shine, showcasing them at their best. You can hear the maturity of their sound, and it’s incredibly exciting to see how they’re advancing as a band. If you’re wondering what the big deal is about While She Sleeps, this album is sure to clarify what all the fuss is about — you’ll be begging to go to a live show by the end of the first song.

SO WHAT? is out tomorrow via Sleeps Brothers.