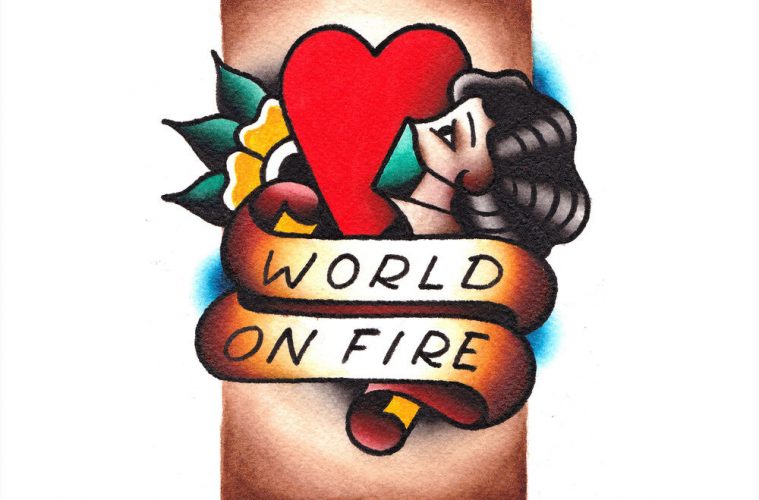 The Bouncing Souls – World On Fire

The Bouncing Souls: punk-rock royalty. And they prove why in brand-new track World On Fire, a two-minute rapid-fire banger that manages to serve up a healthy dose of optimism despite its aptly dark title.

“What a time to be alive” sings Greg Attonito, his voice an immediate invite to shout along and raise your hands. World On Fire is gentler than much of The Bouncing Souls’ back catalogue, the instrumentation is less thrashing chords, more jaunty acoustic meets electric fuzz. It’s a perfect fit for a song that’s equal parts reassuring and chaotic surrender.

World On Fire is an anthem to every single person living through the once-in-a-lifetime tumult that is our day to day. Whatever you’re out there doing, it’s worthwhile and means something even more in ‘times that could kill us all’. Punk-rock’s job is to be a rousing testament to the world around us, and The Bouncing Souls have done so with the gusto and joyous buzz that we love them for.

The new track comes with the news that the New Jersey icons have signed to Pure Noise Records. Having pretty much not taken a break for their whole thirty year career, it’s no surprise that more new music is on the horizon. It’s sorely needed right now, and we’ve no doubt that The Bouncing Souls will deliver in spades.

World On Fire is out now.