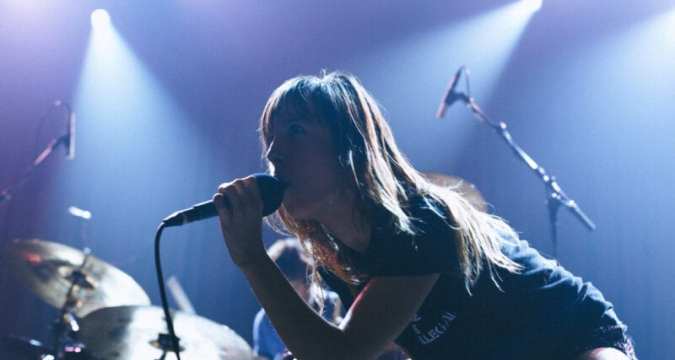 The Best That SXSW Is Missing!

Shopping, cable ties, dry cleaning, petrol… don’t skim-read this lest you mistake it for your list of errands. Or better yet, turn this list into your to-do list of artists to get into! The cancellation of SXSW festival due to coronavirus fears hits no-one harder than small bands who will be well out of pocket without that on the agenda – so we’ve assembled seven that Austin will be missing out on, but we’d definitely recommend you give a listen to. And if you like them, buy a record!

Self-described ‘slop-rock’ from Brighton: if you like laid-back, moody guitar music, Beachtape are the band for you. Latest track Somewhere Better is a testament to the band’s name, reminiscent of a more chilled version of LA or Australia’s famed surf-punk scene.

Australia’s Cable Ties sit comfortably amongst their many counterparts – yet another example of the brilliance of the punk scene down under. Leading the charge is captivating vocalist Jenny McKechnie, commanding and angry, her voice eliciting pure passion. If you like the sound of that, their second album is coming up on March 27th.

London’s Shopping are fresh off the release of All Or Nothing, a spectacular masterclass in attitude, vocalist Rachel Aggs schooling us in how to punctuate coolness with moments of burning intensity. It’s rock, moments of electro, post-punk gold.

Have you ever listened to a song and felt its palpable magic the second it kicks in? That’s how you’ll feel listening to Dry Cleaning – soundscapes led by cymbals and whining guitars, and the ethereal spoken vocals of Florence Shaw make for a gritty, transcendental listen.

Combining battle-cry vocals with tight, steady instrumentals, Petrol Girls are wound up ready to explode. Ren Aldridge spits her vocals, easily rivalling scene veterans Anti-Flag and the like, as incendiary as their name would suggest.

If you like our taste, head over to the Bittersweet Spotify for more sweet choices.