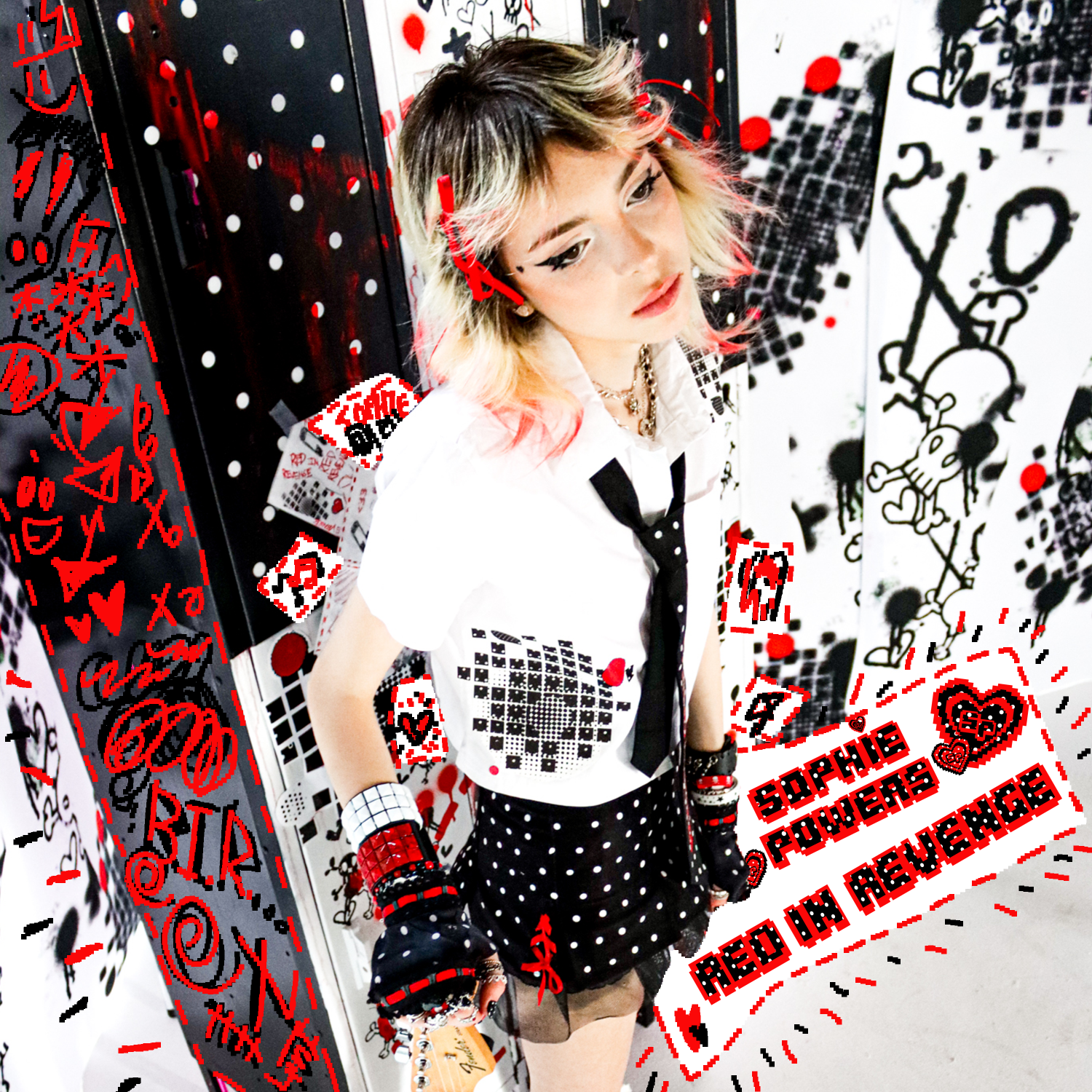 Step aside and look on in awe: the new bad bitch boss of electro-rock has arrived. Sophie Powers is new to the scene, but she’s as noisy as they come, dropping more than her share of sonic bombs on ferocious debut EP Red In Revenge. It’s a perfect introduction, packing personality, panache, and plenty of bite into its viciously hooky track list – and a microcosm of the forward-looking punk energy that Powers encapsulates. With a fiercely punk ethos and influences from vivid contemporary sounds including hyperpop, and, well, just a good old pop melody, Powers has concocted a recipe that suits her down to the ground – and is downright addictive.

Powers makes a savage statement – everywhere you look, she’s propelled by swagger and punch, not asking for anyone’s approval but practically oozing confidence. It’s impossible not to be taken in by it – as she tells us on U Love It, commanding our appreciation irresistibly. Powers is always backed up by music that is just as assured and cool as her words, too – Greed’s sauntering beat somehow manages to make it the most laidback cut on the EP, bar maybe the flickering pop charm of Breakup On The Weekend… and both are still saturated in attitude.

The more frenetic moments don’t hold back at all, elevating Red In Revenge to a fever pitch. Opener Clearview twists and turns through its fluid synth melody line, peaking in a fuzzy wall of sound; closer 1 Thing picks the pace up even more and amps up the distorted intensity even further. The two tracks bookend the EP in a fantastic flurry of neo-punk, dark, dense, and dramatic. Powers can hype it up when she needs to, and proves it beyond any possible doubt.

And nothing speaks to Red In Revenge’s future vitality more than its impressive set of features. Longtime emo Kellin Quinn lends a voice and seal of approval to 1 Thing, but other than that, Powers’s collaborations lie in the new wave of alt icons. De’Wayne on Greed, Noahfinnce on Clearview, and $atori Zoom on U Love It – all are aboard the Sophie Powers ship into the dizzy vortex of the future of punk. If you’re not too, jump in quick because Sophie is showing no signs of slowing down.

Red in Revenge is out now.