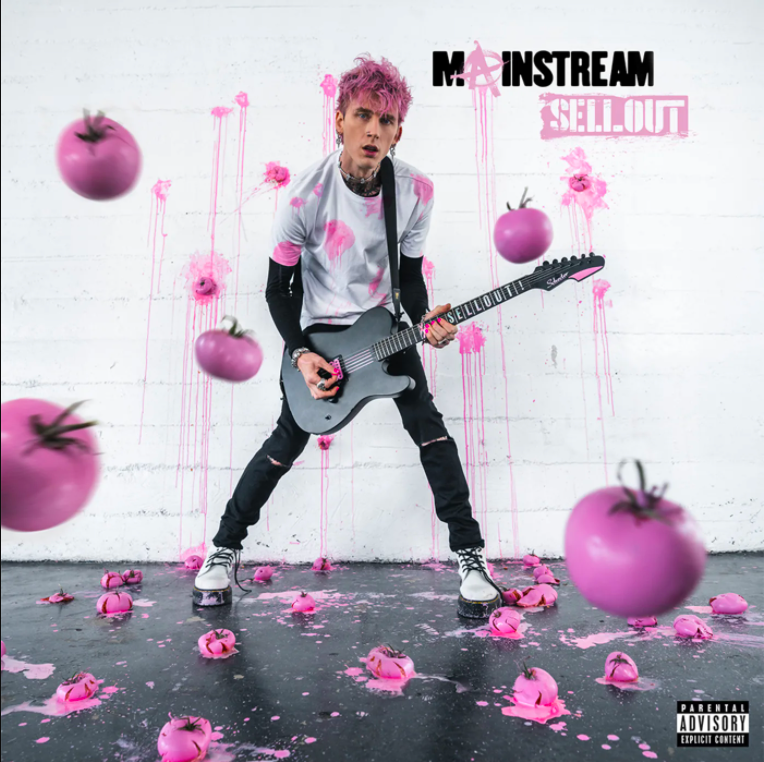 Machine Gun Kelly’s sophomore effort – as far as the alt scene is concerned, considering Hotel Diablo something of a taster EP and disregarding everything previous – came out around two weeks ago. We refrained from entering the ring with the initial reviews. We wanted to take a moment to make sure we were sure about what we said, to make absolutely sure it’s not a grower. Having been very noisy and shouty in defence of Emo Girl (which we stand by being the pinnacle of self-aware pop-punk pastiche), and having named Tickets To My Downfall one of the best records of 2020, mainstream sellout could have vindicated us. Well, it’s not managed to do that. But it’s not embarrassed us really either. It doesn’t do enough to do either. And that’s the biggest disappointment of all.

The good bits: emo girl. Willow’s game-changing, anthem-making feature. Any time Megan Fox samples are used, especially in outlier soft tune Twin Flame, this time around’s iteration of Banyan Tree and genuinely sparkly and lovely and adorable and human. MGK is doing the pop-star thing of being in a legendary power couple and flexing it all on us, with one of the most universally-acknowledged-as-flawless women on earth, especially by emos who watched Jennifer’s Body every day from the age of 14-18. To put it bluntly, anywhere where MGK takes scene staples like painfully confessional lyrics set over Travis-Barker-driven riffs and drum lines a la opener born with horns, god save me, the Bring Me The Horizon-elevated maybe, late groove Sid and Nancy. Even title track mainstream sellout is a bit of a banger if you critically tune out what’s actually being said. MGK hasn’t lost his ability to deliver a catchy tune really well. But…

The bad bits: there is just nothing going on here. Tickets To My Downfall used pop-punk and alternative tropes to explore something that felt genuinely vulnerable, and that intimacy saved MGK from a lot of the oft-thrown-about criticisms that were thrown at him. But the thing is, on mainstream sellout, he’s genuinely just preoccupied with pissing people off. Being annoying and sticking his tongue out at the critics seems to be his raison d’etre – just see the thematic shallowness of title track mainstream sellout, which self-prophecises “leave the scene, you’re ruining it”. Originally titled born with horns, this album could have been a great follow up to the introspection and interest of TTMD, but instead it’s called mainstream sellout – the new target audience is the haters. It exists to be controversial, like someone who’s stayed up too late and drank one too many Monster Energy drinks, trying to start an argument on Twitter – and it doesn’t bother giving its defenders anything concrete to defend.

To return to the aforementioned Twin Flame – it’s a standout because it’s one of the only tracks on the album that seems to be directed towards someone other than ‘the haterzzz’. It’s MGK being genuine, no bluster or bravado. Shame we have to wait through a whole album of filler to get there. What’s fun, though, is that as I sit here criticising and being disappointed, is that… it really feels like mainstream sellout was written for me. Too bad for people who are still fans.

mainstream sellout is out now.