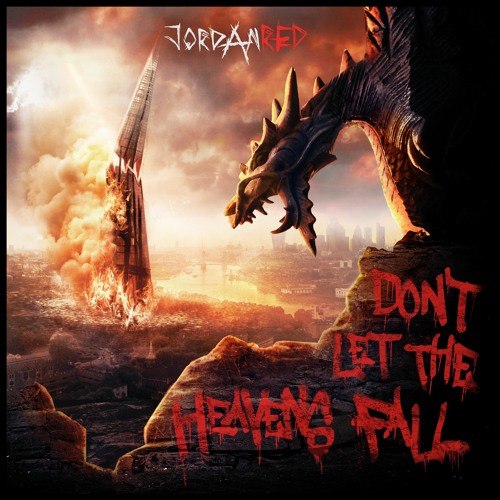 Jordan Red may be relatively new to the metal scene, but they’re determined to make a name for themselves. Formed late last year, these alt metal rockers are quickly proving they’ve got a sound worth listening to. With the release of their anthemic new single, Don’t Let The Heavens Fall, we can’t help but be excited for what their autumn debut Hands That Built The World will have to offer.

Don’t Let The Heavens Fall is a song of epic proportions – it’s a song grand enough to address heaven, the alt-metal-classic-rock sound incredibly atmospheric. Gorgeous metal guitars and ‘oh’s draw you into the song, before we hear Dan Leigh’s brilliant vocals. Leigh’s voice is timeless and perfectly suited to the track’s sound.

The chorus truly cements the anthemic feel of the track; as Leigh emotionally sings of people who ignore the ‘final warning’ and ‘still remain the same’, you just want to be screaming along. With its absolutely huge soundscape, the track is soundtrack-worthy – you can picture yourself out in the desert, poised and ready for the final stand-off. And that epic breakdown near the end? Delicious!

If Don’t Let The Heavens Fall is anything to go off of, it’s fair to assume that Jordan Red’s debut album is going to be pretty brilliant. The duo sound comfortingly nostalgic, yet still manage to feel fresh and exciting. We can’t wait to hear everything these guys have got.