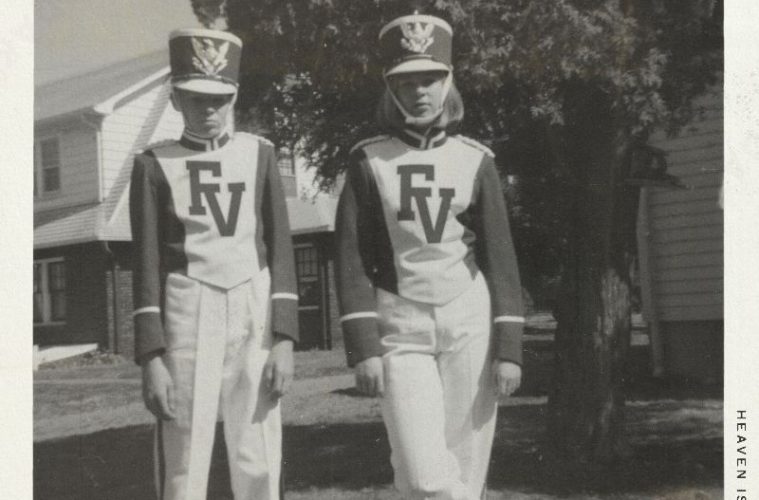 Frank Iero And The Future Violence – Heaven Is A Place, This Is A Place

Frank Iero and the Future Violence, Heaven Is A Place, This Is A Place EP
UNFD

Frank Iero has cycled through every different style of emotionally raw in his discography – the muffled intensity of .stomachaches., the burgeoning vitality of Parachutes, and finally the emotional Molotov cocktail of his ambitious, powerful latest record Barriers. Heaven Is A Place, This Is A Place is the howling bookend to the Barriers era – the incremental change in the band name, from Future Violents to Future Violence, shifts Iero and his band from warriors to utter force of nature, and the same is true of the music.

The EP is split into two distinct sides, both equally sore and desolate, in different ways. Side A consists of the sonic drawl of Violence and Sewerwolf, taking all the urgency of Barriers’ pain and anger and dragging it out with classic rock-tinged severity. Violence’s intro is maybe one of the most driving riffs on Iero’s discography, so it’s all the more intense when it descends into the melancholy gloom of the verse with its somehow sultry and barren delivery. Iero is, as always, hugely evocative, twisting through the dark instrumental landscape with the grisly, poetic lyrics. The dizzying clamour of Sewerwolf continues in much the same vein, wailing and ferocious, barbed-wire sharp and just as painful. Lyrical moments are reminiscent of Iero’s vitriolic Death Spells writing – like Barriers, this isn’t a listen for the faint-hearted, as Iero draws on the gothic style favoured by heavy metal for some of his heaviest hitting lines.

Side B begins with Iero’s Maida Vale cover of Losing My Religion, and signals that they might be dialling back the noise, but emotion is certainly still set to ten. Following the rainy intimacy of Losing My Religion, Iero zooms out as far as he can go with the sprawling expanse of Record Ender. It’s mellow compared to the rest of the EP, a slow-burn almost-contentment swelling into an overflowing catharsis – all the venom and agony of the first side is redirected here into something otherworldly and immense. It’s Iero’s closest brush on this EP with anything that sounds light, but rather than a sunny sound, it’s got a white heavenly glow about it, fitting for the EP’s title. It quite literally ascends as it draws the EP to a close, a fitting end credits to this era that harks back to every album Iero’s made in subtle ways. There’s some of the lightheartedness of Parachutes’ Viva Indifference, some of the dark resolve of Where Do We Belong? Anywhere But Here – Record Ender is a glorious culmination of everything that’s led up to it.

Heaven Is A Place, This Is A Place is a true manifestation of everything that makes Iero’s music great – it’s painstakingly vulnerable, it’s all dark side, it’s ferocious and snarling and yet hope’s not been lost yet. It closes the chapter on Barriers by acknowledging that some things, like the devastating bus crash that inspired much of Barriers, will change the course of your life and who you are forever. Some chapters live on indefinitely – and in this way, Heaven Is A Place is as much of a reflection as it is a preparation for whatever Iero makes next.

Heaven Is A Place, This Is A Place is out tomorrow.

Plus! Esme from Sadness & Complete Disappointment tells us the story of how the band came together, and it's a rollercoaster (with the happiest ending)🌟 https://t.co/iDq4rqDkes
View on Twitter
2
2
Follow @bittertweetuk