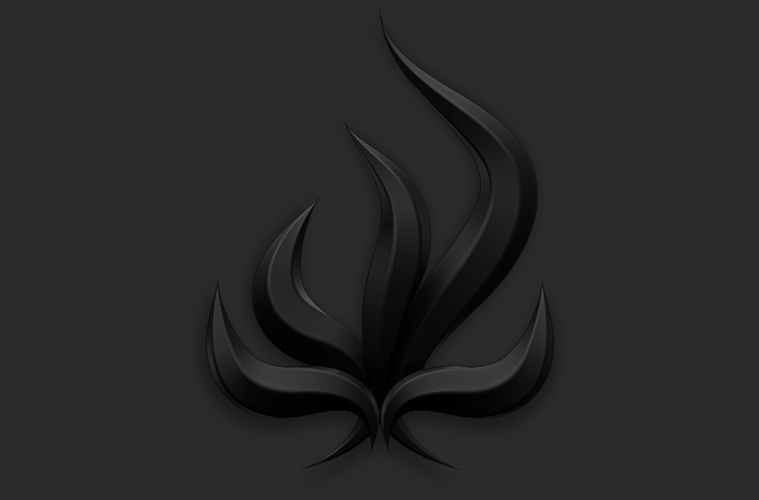 Bury Tomorrow are very much a metalcore staple at this point; the quintet have provided us with four killer albums filled to the brim with energy that’s viciously raw, an energy juxtaposed by how humble, easy-going and charming they all are. Fifth full-lengther Black Flame showcases just how far the band have come since their initial releases – the added pressure of impressing new label (legendary Sony label Music For Nations) perhaps being a driving force behind a record slicker than anything they’ve released before.

Opener No Less Violent sets the tone for the album – it reminds the listener of how well Bury Tomorrow mesh together growling and singing, the almost call and response nature of the song immediately introducing you to the two vocalists’ styles. The growls are also much smoother than ever before, making the overall sound feel more powerful and hard-hitting. The aptly named Adrenaline carries on showcasing the matured growls, as well as quite literally making us ‘feel the rush’ with the increased tempo and harder drums.

Title song and single Black Flame really has an epic feel to it, with a chorus that seems to reverberate round your head, growls echoing the softer vocals and making the song fill your mind. This, alongside simple yet effective drumming and a light guitar riff, really comes together to create a sound that all Bury Tomorrow fans will be proud of. The song is a perfectly selected single as it is truly a microcosm of all Bury Tomorrow have to offer.

Overcast is one of the best examples on the album of how the vocals can transition seamlessly from the softer, dream-like vocals into throaty growls. The song feels epic in a way very similar to Black Flame, once again using growls to echo the softer vocals. This technique really makes the song feel huge, as if it’s filling up an entire arena.

Knife of Gold is one of the grittiest songs on the album vocal-wise, opening with a drumbeat and scream that entirely drowns your chest in a way that makes you want to be at a live show immediately. Following song The Age also holds this level of energy, featuring a moment of pure drumming energy, a moment that just SCREAMS circle pit as Bates growls ‘swallow us whole!’

A true standout of the album in terms of potential at a live show is undoubtedly Stormbringer. Whilst all the songs on the album seem to have a level of maturity and structure to them, Stormbringer still has that sense of immaturity that metalcore needs – that vigorous punch to the gut that no other genre of music can really emulate, the NEED to move with no sense of direction or logic behind your actions. Though the song is put together extremely well, featuring a grand and powerful chorus with lighter vocals and instruments, the violent drumming and growling vocals in the verses is exactly what you want from a band like Bury Tomorrow.

Black Flame shows a band that know exactly who they are. The album showcases some of the best vocal performances on both sides of the spectrum – the band can be sensitive and soft whilst still packing a punch with their more growling tones – as well as reminds us that this band understand how to get a crowd moving. Bury Tomorrow are only getting better, and there’s absolutely no stopping them.