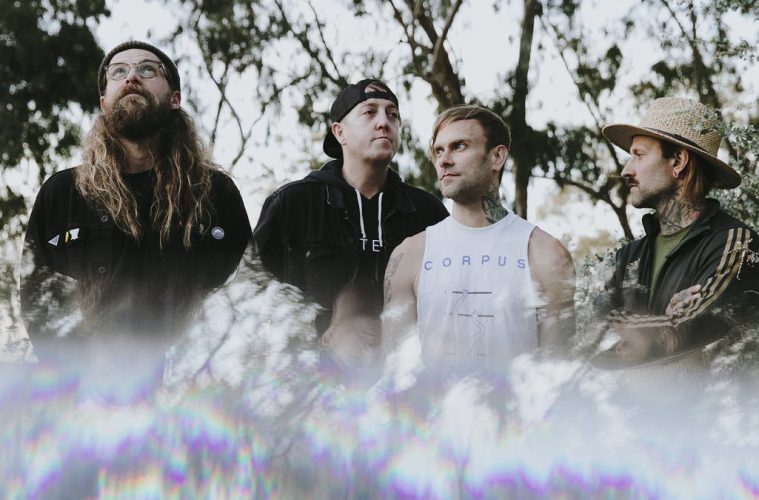 For our Bands of the Month, we like choosing someone who’s really special – maybe someone who’s an icon, pioneering the scene, releasing something really fresh and exciting, or gearing up for some gig action. Well, this month’s highlight is all of the above: The Used. Would it be a step too far to say they’re keeping emo afloat? After hearing Heartwork, probably not.

Bert Mccracken and co. have come a long way over their nearly 20(!) years as a band – ten albums deep, and there’s as much artistic development as you’d expect. On Heartwork, we get tastes of the baroque, heavy moments (even metalcore moments bolstered by a feature from Beartooth’s Caleb Shomo), the moody and melancholy. But despite their plethora of thrillingly fresh directions, Heartwork is just so intensely Used. You can imagine a 2005 Used crowd going hard to Darkness Bleeds, you can imagine the same fans who screamed along to the opening of I’m A Fake punching the air and yelling out the poetry of Heartwork.

So we’ve ticked off that The Used are icons, they’re pioneering the emo scene with the conceptual and musical richness of Heartwork, it’s fresh, it’s exciting… but what about that gig action? Well, we’re praying: Slam Dunk’s been rescheduled for September and The Used are back on the bill! We’ve got all our fingers crossed because, as if The Used didn’t already have a scorching selection of songs to pick their sets from, Heartwork’s provided some pure bangers that we’re quaking with anticipation to hear live. The near-terrifying build of 1984 (infinite jest), the Shikari-esque electro breakdowns and orchestral explosions, McCracken’s voice unmistakeable and emotive – it’s guaranteed to be immense.

In a year where everything seems to be raging around us, The Used’s whirlwind of huge tunes is one storm we’re overjoyed to get swept up in. They’ve never failed to surprise us, but even better – they’ve never let us down.

Heartwork is out now.