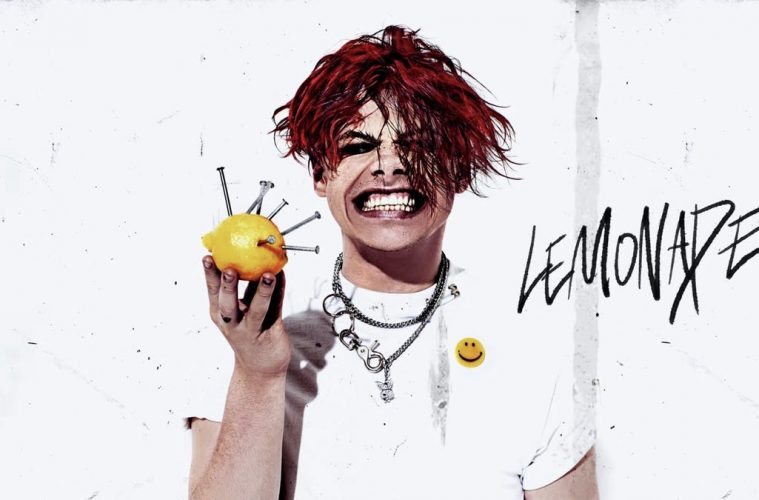 Yungblud has really been flexing his creative muscles this year, it seems! We’ve had the alt-electronica Weird and the britpop-infused Strawberry Lipstick and now we’ve got… alt hip hop? New single Lemonade is full of attitude, a pop-rap scream of frustration – and, with a mighty feature from the iconic Denzel Curry, it packs a serious lemonade-punch.

Lemonade may be a new sound for Yungblud, but that doesn’t mean it sounds wrong. The track is slick, oozing confidence, and Dom absolutely steps up to the plate. His usual high-energy is filtered into a prowling attitude, swapping playful vocals for his serious, distinctive rap-singing. It’s almost as if Yungblud has transformed into Britain’s answer to Brockhampton – and we’re not mad about it!

The fierce energy behind the track only heightens the lyrical themes. Lemonade is a charged call against the ignorant ruling class, addressing society’s resulting need to ‘sniff amphetamines’ or ‘take a hit on a pipe dream’ to numb the injustices faced. Curry’s feature is particularly poignant, slapping the listener in the face with the dark lines ‘life gives you lemons and my only thought is drinkin’ … will I be alive or dead before thirty?’. His feature is also somewhat stripped back, forcing the reader to focus simply on his flow and the depth behind his words.

Catchy and brimming with attitude, Lemonade may be a different sound for Yungblud, but it definitely works. You’ll be bopping along to the dark, steady beat from start to finish, revelling in the constant beat and emotive delivery. If Dom is going to continue this burst of experimenting, we can’t wait to hear what surprises his next album have in store.