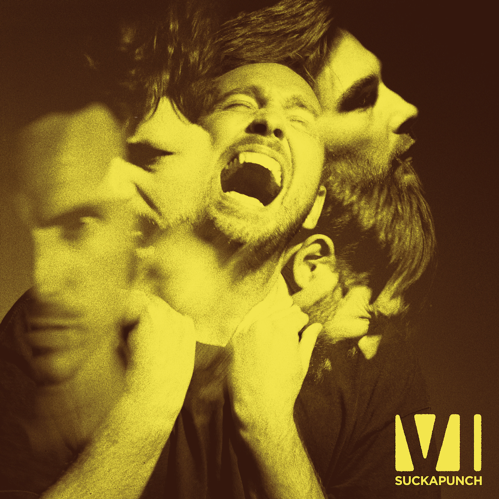 You Me At Six – SUCKAPUNCH

You Me At Six, SUCKAPUNCH
AWAL

You Me At Six’ seventh studio album is exactly what it says on the tin; SUCKAPUNCH is a slap of the unexpected, a wallop of bold, daring soundscapes unlike anything the group have ever released. This album screams re-invention; a far cry from the band’s pop-punk roots, this album toys with darker sounds, electronic elements, and even R&B in an effort to carve a fresh You Me At Six.

SUCKAPUNCH shines brightest when it packs a punch. Opening track Nice To Me showcases this brilliantly, with a hard, almost industrial soundscape and crowd riling call of ‘ONLY IF YOU’RE NICE, IF YOU’RE NICE TO ME!’, followed on by the equally as ferocious, breathlessly punk-rock MAKEMEFEELALIVE. The awesome Voicenotes also shines for its harder sound, boasting choruses with a heavy, commanding drumbeat.

This album isn’t just a hard rock album, however. It’s anything but – this album strives to be diverse, dipping a toe in multiple different styles. Title-track SUCKAPUNCH is an absolutely glorious anthem that wouldn’t be out of place in a club, with its pulsing beats and trance-y feel. You can’t help but be swept away in it, like you’re trapped in the midst of a sweaty dance-floor – before Josh Franceschi’s call of “OHHH, SOMETHING I COULD NEVER SAY!” elevate the track into glowing, exhilarating new heights.

In terms of the instrumentals, they often have a much stronger presence than previous YMAS releases. On tracks like Beautiful Way, the repetitive lyrics almost take a backseat, overtaken by the urgency of the track’s fierce drumbeat. WYDRN is much the same, with a slower, prowling R&B feel that sucks you into the deliciously cool flow of the track – the track almost feels understated in its calm flow, but it just makes it all the more intriguing. And with bold tracks like What’s It Like, where the soundscape jumps between two entirely different energies, this album is definitely dynamic.

Perhaps the most familiar sounding track is Glasgow; the token slow, heartfelt YMAS song is exactly what you’re looking for. The gentle guitars and even gentler vocals really capture that vulnerability that YMAS are so brilliant at putting on record. It’s sure to have crowds getting out their lighters, crooning along ‘I hate to see your heart break, that’s what all my friends would say…’ – and it definitely has a fierce burst of life near the end, with Franceschi’s token, raw calls adding an extra layer of brutal honesty to the track.

As Franceschi sings on the title-track, we’re ‘getting visions of new beginnings’ this time round. SUCKAPUNCH feels like You Me At Six’s musical phoenix, a re-assessment of who the band are, what effect they want their music to have on us as listeners. It has it’s highs and lows, but is overall a fab rock record that should definitely be given a spin.

SUCKAPUNCH is out now. Grab tickets to YMAS’ May tour here!