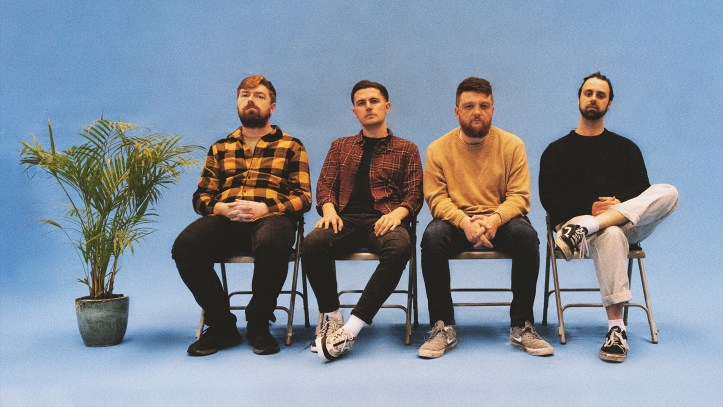 In the leadup to their second album, Weatherstate are making sure to provide an all-round insight into what’s in store on Never Better, out next month. We’ve had anthems, we’ve had gritty bangers, and on Headstone, now we’ve got a dose of the laidback melancholy that we know Weatherstate do best, at its best. Never Better might be ditching their 2019 debut Born A Cynic’s dark imagery in favour of bluer skies, but not to worry – the nihilistic darkness of the music is alive and kicking.

Headstone almost tricks you into thinking it’s going to be a classic acoustic gloom-bop in its intro of twinkling acoustic guitar, but the softness doesn’t last for long as the instrumentals kick up a notch with a blast of fuzzy guitar. Ironically, Headstone is one of Weatherstate’s more uplifting tunes too, despite being built around a motif of an ever-present reminder of our impending demise. They take what could be turned into a trudging anthem to hopelessness and turn it into a comfortingly slow-paced reminder to live in the moment, backed up by familiarly catchy riffs and easygoing pauses for a breather that take us back to that starry acoustic beginning.

In a world that’s got a lot more depressing lately with no signs of stopping, maybe Weatherstate’s realism has morphed into a kind of careful optimism – and so, Headstone joins the similarly multifaceted messages of last year’s releases to set us up for an album that might just be what we all need a bit of.

Never Better is out February 11th.