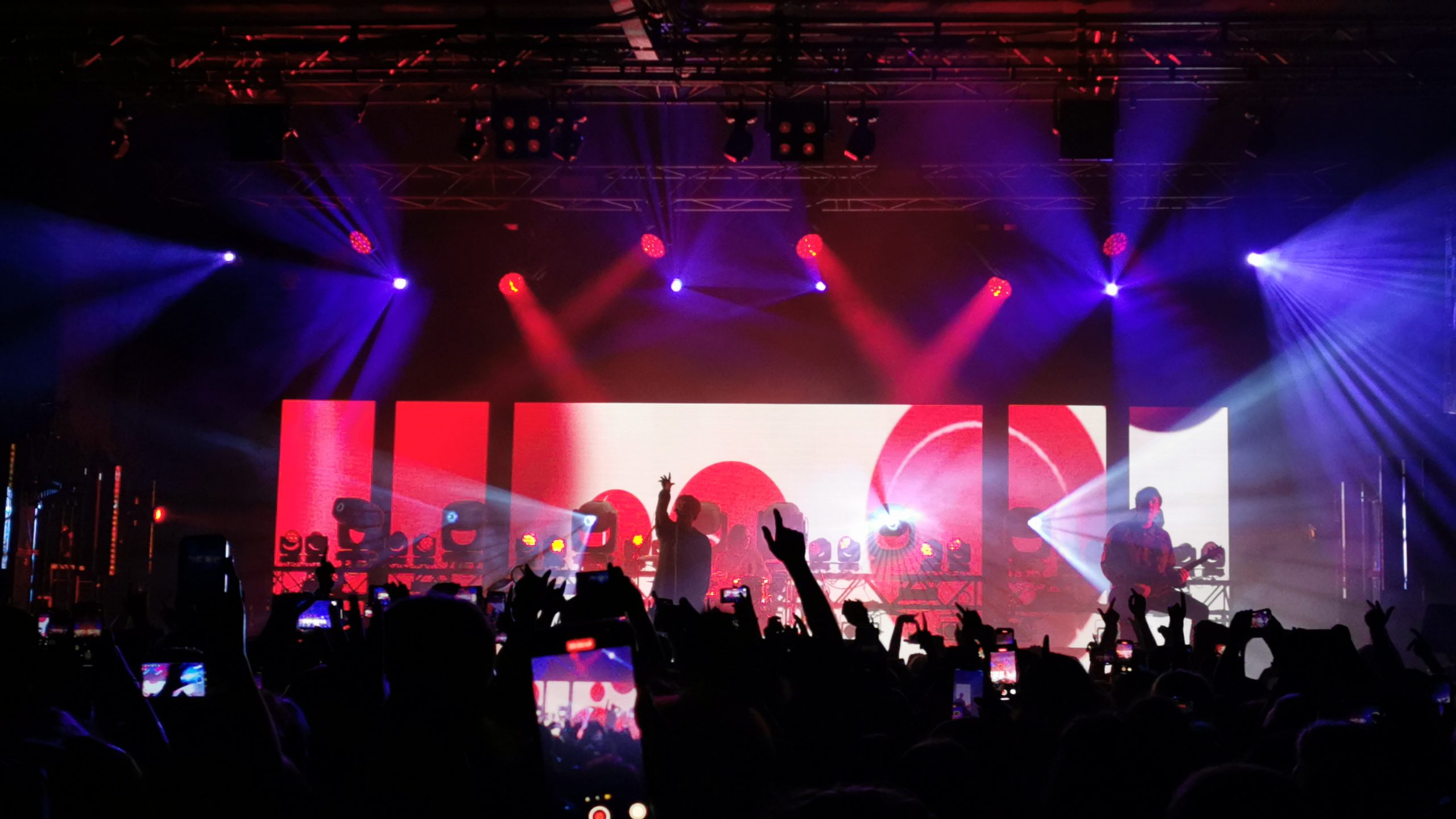 Waterparks are blasting a confetti canon on the pop-punk scene; defined by their buoyant, technicolor sound, there’s no denying that Waterparks are the most fun pop-punk band going at the moment. And that’s exactly why Manchester Academy 1 is packed out – everybody is eager to soak up those shimmery, bubblegum-pop-punk vibes.

Alt-pop extraordinaire phem opens the evening in style, knocking out a slew of easy breezy bops. Her cheeky lyrics and catchy hooks easily warm everyone up for sparkling rockers Bad Suns. Bad Suns’ knock out a daydream of a set, tracks like Heaven Is A Place in My Head and Baby Blue Shades absolutely sun-drenched. The indie-tinged sound infects the crowd, fans happily dancing along by the time closer Daft Pretty Boys is in motion.

And then it’s time for the Daft Pretty Boys themselves. As Stupid for You rings out, the crowd howls back even louder – it’s an immediate rush, everyone grinning ear-to-ear, overwhelmed by the serotonin seeping into their bones. And that initial high, that bubbling, breathless electricity? It’s here to stay.

What’s most impressive about the Waterparks crowd is how everyone has every word stitched into their hearts; it doesn’t matter if a track is silly or heart wrenching, the crowd is dead-set on parroting along. Fresh single FUNERAL GREY almost tears the house down, a wave of neon-dyed heads bouncing and screeching along with just as much enthusiasm and familiarity as they’d show a Waterparks classic. Telephone is equally as magical, the love-sick anthem drowning the room in a gooey cloud of sentiment.

While Waterparks may be known for their cheeky charm and light, bright anthems, that doesn’t mean their crowds don’t love a good pit. And, in a way, the pits are made even more enjoyable as a result of the band’s wholesome energy; the pits are giddy, cheeks aching as smiling faces whirl round for fizzling bangers. Gloom Boys and Fuzzy are some of the most riotous pits, but perhaps the most enjoyable ‘pit’ comes in the form of Lucky People; couples surge into the centre to slowly dance along to the heartfelt acoustic track, coyly laughing to themselves as the room croons along.

Of course, the night is also ram-packed with schoolboy antics – from the forced crowd singalongs in support of Awsten Knight’s necessary vocal rest (“do you KNOW how hard it is for me to shut the fuck up?”), to verbally poking at the people up in the balcony, to the surprise inclusion of a brand new track, Brainwashed, a Waterparks show almost feels like a stand-up at times. It’s good-natured, it’s playful and it’s truly charming.

Of course, Turbulent HAS to close the set. The distortion urges the crowd into one final burst of movement, fully draining the final ounce of energy out of everyone. By the time people are piling out the door, every pair of legs feels a bit like jelly – we are well and truly spent. Truly a night to remember!