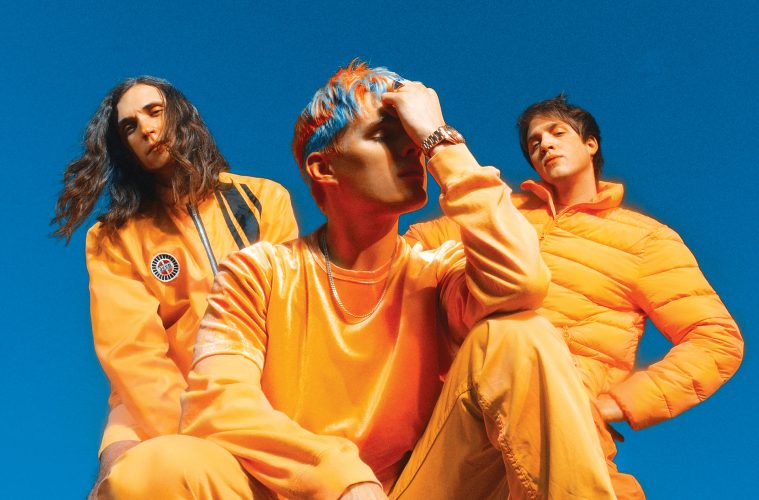 We know what you’re thinking — a band obsessing over fame on a record called Greatest Hits? Egotistical or what. While we can’t blame you for assuming as such, we promise you that Waterparks are nothing of the sort. Behind the glitter, Greatest Hits explores the dark shadow that haunts those living in the spotlight. The criticism of fame builds upon themes explored on 2019’s FANDOM (our album of the year, may we add), yet there is a noticeable level of growth since then; lyricisms are sharper, sound more diverse, breakdowns heavier. Waterparks have fine-tuned their craft, resulting in an album that is turbulent, ambitious and ridiculously enjoyable.

As the intro track blasts through your speakers, there is an immediate sense of tension in the air. This isn’t the bubblegum shimmer of previous album opener Cherry Red — something feels dark, brooding. It feels reflective of the entire album, a patchwork of different sound and samples with a hint of delirium.

Greatest Hits’ true strength is its diverse use of sound and texture. The classic Waterparks sound is captured on tracks like Fuzzy, with its intoxicating groove and serotonin-heavy choruses, or You’d Be Paranoid Too’s steady pop-punk flow, but many tracks charge head-first into ambitious new sounds. Ice Bath, for example, boasts a thrumming EDM vibe, with dark vocals and prominent synths. We also see a bratty punk energy on LIKE IT and See You In The Future, with distorted attitudes and pounding drums. Even interlude track Gladiators has its own energy, pulsating sound similar to what one might expect from a Grand Theft Auto loading screen track.

The glue that ties all of these genres together is undoubtedly Awsten Knight’s lyrical charm.  Moments can have you laughing out loud, while other lyricisms feel incredibly heartfelt and unique. By refusing to use clichés, Knight is able to capture moments that feel genuine; as the floaty, love-drunk instrumentals of Fruit Roll Ups wash over you, it’s impossible not to smile at the delicately sung line ‘I’m a little bitch for you now’.

However, darker lyrics also linger within the floating soundscapes of Greatest Hits. As American Graffiti notes, ‘you want some glitter, drink it down’, and this is the perfect way of describing Waterparks’ sound — the pessimism sparkles, dark themes coated in a gloss that numbs their sting. Stand-out track The Secret Life of Me sounds like a gorgeous, luxurious dreamscape with a glorious, building tempo, yet the lyrics delve into themes of dissociation and the fear of losing time. Similarly, Violet! is one of the softest tracks on the album, with a light, melodic flow, yet the lyrics focus entirely on recounting Knight’s experience with a stalker.

This dark side of fame is a recurring theme throughout. Despite its gently cascading, ethereal sound, Snow Globe delves into the notion of being a spectacle, always on display. Just Kidding’s steady beat also opens up to the listener, scorning the constant criticism on the other end of Knight’s phone, telling the listener ‘I wish I was dead sometimes’ before cutting in with a self-deprecating laugh and call of ‘….. haaaaaaah JUST KIDDING.’ Numb also considers how fans love lyrics that suggest the writer is in a poor mental state, tackling the idea with a pinch of rage and a punch of electric guitar.

With its self-deprecating attitude and a huge, delightful sound, Greatest Hits is unmissable. Every moment feels fine-tuned, resulting in a rich listening experience that is enjoyable from start to finish. This is exactly the evolution we wanted to see from Waterparks. “These are your Greatest Hits”… Well, it very much seems to be the case.

Greatest Hits is out now.