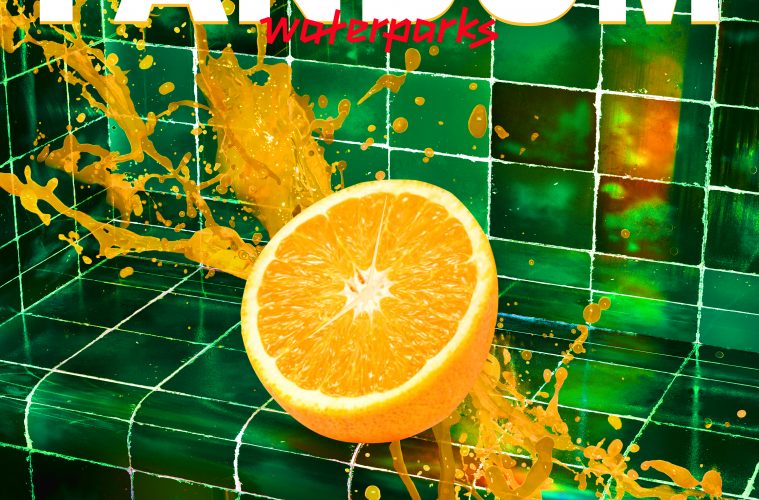 You’ve heard of bubblegum pop, but what about bubblegum pop-punk? Well, Waterparks are here to deliver just that; Hopeless Records debut FANDOM is irresistibly fun and refuses to let negativity take control, resulting in an album that feels very much like a shot of serotonin. Masters of being maturely immature, Waterparks reflect on emotional issues in a playful manner, keeping the album positive and blissfully refreshing. If you’ve not cracked a smile at least once during your listen, then you must have forgotten to press play.

Some of FANDOM’s stand-out tracks are brilliantly floaty and poppy, and we’re here for it. Dream Boy feels like a track straight off of a K-Pop album, with a bright sound and colourful electronics; Easy to Hate is equally light, as well as boasting a chorus call of ‘it’s too easy to hate you!’ that simply begs to be sang along to.

The most colourful and playful track on the album, however, is definitely Telephone. Opening with a Bo Burnham-esque piano key tapping along, you’re immediately disarmed before being swept into the first chorus — a chorus so charmingly, unapologetically fun that it’s difficult to accept it’s real. Awsten Knight asks ‘Do you feel it too? Do you feel it toooo?’ and if he’s talking about the giddiness in our chests, then yes, we do. It makes you feel childishly happy in the way a nostalgic HelloGoodbye song might, and that’s a pretty magical thing to be able to emulate.

But don’t be alarmed: this album isn’t ALL light and poppy — the gritty, electronic, amo-reminiscent breakdown of Turbulent is testament to that. The album contains pockets of venom, as shown in I Felt Younger When We Met by the lyric ‘it makes me sick you know my skin’ (ouch). There are also some purely pop-punk, heavy bangers, like single Watch What Happens Next. Geoff Wigington’s glorious guitar and Otto Wood’s prominent drumming combine to make this cheeky track shine, and it’s sure to be stupidly fun live too.

Vulnerability is definitely a central thread throughout FANDOM, however. Painful lyrics often hide behind bright instrumentals, vocal effects or are simply sung in a juxtaposing way to which one would expect. One song in particular that highlights this is I Miss Having Sex But At Least I Don’t Wanna…; Knight chuckles brightly as he delivers lyrics touching on suicidal thoughts, and the effect is both jarring and uplifting. The ability to make such serious issues feel light is a true talent, showing how anyone is able to move past negativity in their life. The track is also gorgeously bouncy, the catchy tune reflecting the current, happier mindset. In contrast to this, there are a few tracks that entirely strip back all vocal effects and gimmicks, presenting emotion in an unfiltered manner; For example High Definition is baringly honest, while Never Bloom Again is a raw, beautiful minimalistic acoustic track.

FANDOM is a cathartic whirlwind of positive vibes that everyone needs in their life. It’s not easy to hate, by any means. And, considering how the guys have politely made the final song fade so nicely into the opener… well, we’re going to HAVE to loop it now, aren’t we?

FANDOM is out 11th October via Hopeless Records. Pre-order here.