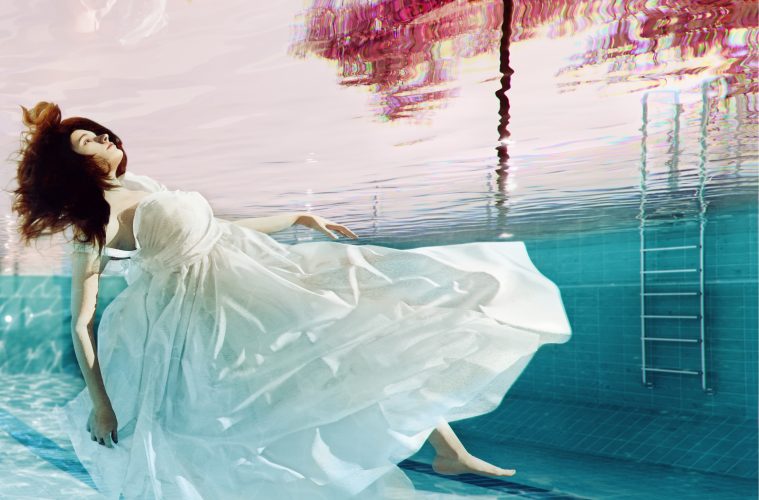 Wallflower – Teach Yourself To Swim

Wallflower, Teach Yourself To Swim
Wallflower

We’ve had nearly a month since Wallflower released Teach Yourself To Swim: nearly a month to bask in its intense brilliance. Wallflower have been part of the tight-knit circle of acts pushing pop-punk and hardcore music to new levels, amongst contemporaries such as Boston Manor, Milk Teeth, and Can’t Swim, who have all released music recently(ish) to immense critical acclaim. And now it’s Wallflower’s turn to shine, with Teach Yourself To Swim, a debut that’ll have you double-taking – surely this can’t be their first album? But believe it! TYTS is a vivid promise that Wallflower are making a mark on rock music to rival bands ten albums deep.

Wallflower have already garnered a solid group of fans through their EP releases, but even more so through their riotous live performances. Having played support slots for some of the aforementioned bands as well as countless other well-loved names, Wallflower’s live delivery is electric – and well reflected on record. TYTS is rammed with immense choruses, scream-along moments, and mosh-pits-waiting-to-happen. Early highlight Dread is a delicious, crashing melee of noise, lead single Hungry Eyes is a vicious four-and-a-half-minute jam that begs to be heard in a tent at a festival (we’re mourning the cancellation of 2000trees now more painfully than ever!), close your eyes listening to Eat Away At My Heart and you’ll see visions of crowdsurfers as plentiful as during Boston Manor’s Laika or Creeper’s Astral Projection. Wallflower’s adeptness at writing instant classics saturates TYTS start to finish.

Sadly, no festivals of gigs for us this year – so it’s a blessing that TYTS stands pillar-strong on record. It’s as sonically vivid as it is emotionally rich – as well as being instantly transported into the overwhelming ecstasy of being shoved around in a crowd, we’re overwhelmed by the intricacy and fullness of every track. Keening guitars are manipulated expertly, sometimes bringing the classic-rock theatricality on longer cuts like the reflective, meandering Blood and Stone, sometimes sweeping in cinematic darkness as on the devastating Passer-by, sometimes smashing together in raucous intensity as on Hungry Eyes. Wallflower have reached out into every dark corner of rock music and drawn on every glittering style of power they could find – and it’s made for an album both deeply cohesive and brilliantly varied.

At 50 minutes long, Wallflower have somewhat thrown us in the deep end with Teach Yourself To Swim – and yet no track is a skip. Every aspect of the album feels necessary in making a pinnacle of contemporary emo; every drawn out solo or chorus is a building fount of energy that is unfalteringly striking. Granted, not every track is a standout, but that’s not a fault. Wallflower have released a debut with colossal peaks, and well-needed moments to take a breath, carefully crafted and executed seamlessly. Teach Yourself To Swim is a debut to be reckoned with.

Teach Yourself To Swim is out now.