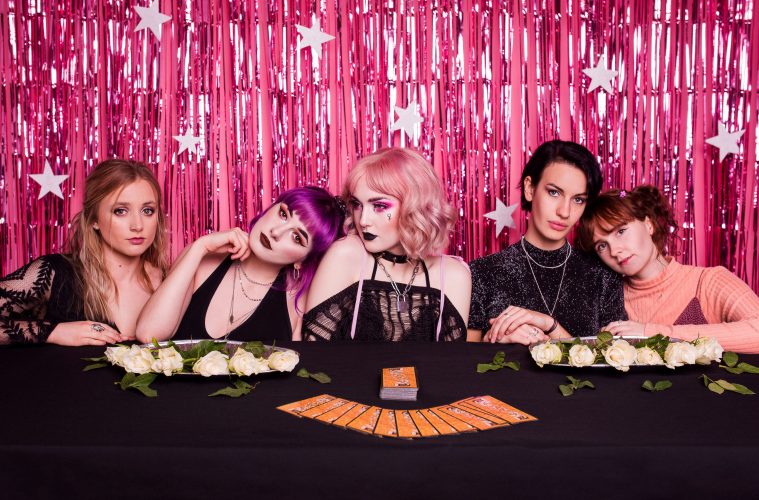 2021’s The Runaways have just released their Cherry Bomb – Leeds’ loudest punk gang Venus Grrrls have just released Goth Girl, an tongue-in-cheek anthem to the “edgy and cool”, the feminine mystique of the modern alternative. The song touches on spiritual themes, stereotypes, and all things Goth, and wraps it all up in a heavy-hitting monster ball of a tune.

Venus Grrrls are never not a total riot, and Goth Girl is no exception. Frontwoman GK’s careening vocals cartwheel on top of a dense, grungey instrumental with guitar riffs and grinding bass galore – but this is no standard guitar outfit. Venus Grrrls also dip into the odd Tears for Fears-esque synth, shimmering SFX, and irresistibly liquid countermelodies that elevate this from one-two-fuck-you punk brilliance to something positively ethereal.

The irony of alt fashion hitting the mainstream currently isn’t lost on Venus Grrrls either – Goth Girl is part ode, part lament to the influx of Satan’s sisters picking up the trend. In one fell swoop, Venus Grrrls playfully critique the subculture’s newfound popularity, and champion it too, with a glittering hook here and a punky scream there. Sure, the edgy is getting fashionable – but that means it’s bands like Venus Grrrls’ time to shine. And Venus Grrrls have just written the scene’s new national anthem.

Goth Girl is out now.