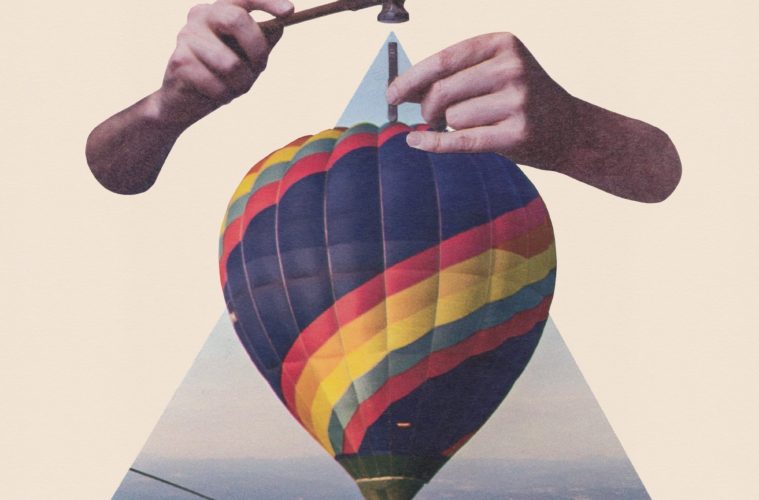 Before we delve into this album, we’re going to warn you that it will be hard to keep your feet firmly planted on the ground. Trade Wind have created an album that feels like floating in a sensory deprivation tank, every track feeling muted and light in a way that slowly hypnotises you. Certain Freedoms is a brave album that chooses to be quiet and vulnerable, and the result is a thing of beauty.

The entire movie feels like a heartfelt movie soundtrack, Surrender opening up with oh-so gentle guitars that slowly welcome in vocals that feel like a whisper, echoing in your mind. But somehow, despite the vulnerability of the sound, it captures you, hook, line and sinker. Moonshot has an incredibly similar feel, with the same vocal delivery and gentle guitars. However, it’s amazing how the group can manipulate their sound to create a particular mindscape, Moonshot clearly feeling like floating through space whilst Surrender feels like sitting in a coffee shop watching the windows slowly fog up because of how cold it is outside. It’s impossible not to get captured in the musical world, the sound all seeming to cascade down, down, down, pulling you into the hole of sound.

No King but Me presents slightly rawer, rougher vocals, but still presented under a veil of delicacy. The track very much feels like a Taking Back Sunday track that’s been recorded in a salt mine, the echoing intoxicating. Yet, somehow, the choruses give the same freeing sensation as being stood a vast field and yelling up at the sky. The song feels like a journey, a journey on the path self-acceptance, and as a listener you are able to physically feel the highs and lows being explored. I Can’t Believe You’ve Gone does very much the same thing, slowly building on a steady drum beat and breezy piano before the piano stops and you feel suspended — almost unsafe — very much emphasising the idea behind the song, that anyone can disappear from your life at any time.

It’s not all entirely weightless softness, however. Flower Machine and Beige are definitely the black swans of the album. Flower Machine in particular is not muted in any way, dragging you out of your state of hypnotism for a few minutes. It’s a welcome break from feeling like your brain is mush, the calming effects of the prior tracks inexplicably powerful. The track feels more traditional, but is still great, and really shows off how lovely Jesse Barnett’s vocals are due to them not feeling miles away. In terms of vocals, however, Beige delivers the most UN-Beige vocals of the album, giving us some yells of ‘IT COULD HAPPEN TO ANYONE’, really showing that these guys can be loud if they really wanted to be.

Overall, Trade Winds have forged a beautiful album here. Certain Freedoms, much like the artwork suggests, feels a bit like floating in a hot air balloon. It’s a piece that highlights just how brilliant the result is when one embraces musical freedom. If you’re in the mood to hear some tracks that feel weightless, definitely give this a go.