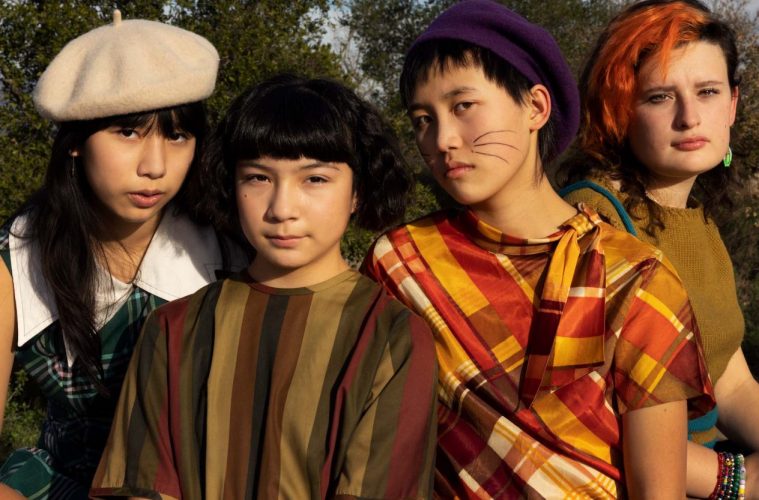 The Linda Lindas – Growing Up is Coming!

The Linda Lindas take the hot tips they’ve been showered with since the start of the year, and deliver on it and then some with new single Growing Up. In a punky haze, Growing Up also heralds the news of The Linda Lindas’ debut album, set for April – and it’s a powerful mission statement! Their riot-grrrl-via-2022 trademark sound is as bright as ever, and the track’s handling of the inevitability of growing up and finding the people you’re ready to take life on with is equally invigorating.

Buoyant basslines, guitar riffs that are simultaneously fuzzy and dense and light as air, and friendly ferocity in the vocals – in many ways, Growing Up is the quintessential punk singalong. All four of The Linda Lindas share vocals, adding to the collective excitement of their sound, but the freneticism of the falling chorus line does the most to evoke the dual feelings of nervousness and excitement about growing up that the song embodies – a feeling even more apt considering the band’s ages, which span from 17 to just 11. Everything about them feels fresh, from the rejuvenated riot grrrl guitars to the nuanced optimism in the lyrics.

And it comes with a promise! Growing Up is the title track from The Linda Lindas’ upcoming debut album, and without a doubt sets us up on an excellent foot. They’re also under a fitting selection of punk wings with supports for fellow Cali sunshine punks Best Coast, the legendary Jawbreaker, and The Beths all in the pipeline. The Linda Lindas are all drive no pause, and we can’t wait to watch them shine.

Growing Up is out April 8th.