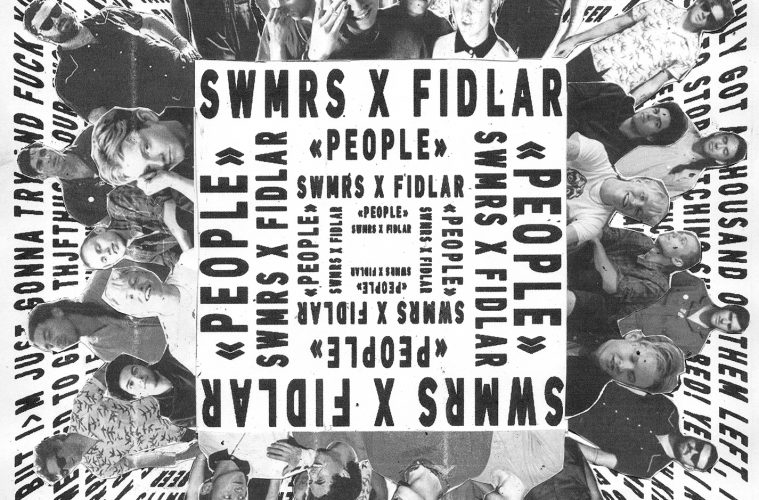 The 1975! Not the first band you’d expect to hear about from us at Bittersweet Press, but their foray into punk with summer’s release of People has put them on the rock scene’s radar. And aren’t we grateful it did – because somewhere along the line, SWMRS and FIDLAR heard the track and decided to collaborate on a cover that takes what’s already a banger, turns up the volume, reshapes it, and somehow make it sound even more like the original than the original.

The track tears into existence with the horror-inducing sound of an iphone alarm, before Zac Carper’s vocals rip up the vocals as if they were written for him. FIDLAR and SWMRS are both bands so synonymous with the chaotic, visceral energy that People strives for that it straight up doesn’t feel like a cover – SWMRS slidey, fuzzy guitars and bass both maintain the pounding insistence of the 1975 track but give it a Cali-punk stamp that flings its energy into the stratosphere.

Where Matty Healy uses vocal effects to grit up the yells of ‘GIRLS, FOOD, GEAR”, Carper’s vocals richochet around the track with a natural energy that rides the wave of the instrumentals as it crests without a hint of forcedness. Because it seems so natural, the anger and urgency of The 1975’s track is dulled slightly, but for pure banger quality, SWMRS and FIDLAR shine brighter than ever.

Never before might you have expected to go to a SWMRS or FIDLAR gig desperate to hear a 1975 cover, but it would seem anything can happen, because from barely halfway through you’ll without a doubt be shuddering with need to fling yourself into moshpits of the sort you only find at a FIDLAR show. The scenes are unimaginable, as was this song before it was released – and, well, the song’s a work of art, so we’ve got high hopes for it live.

People is out now via Fueled by Ramen.