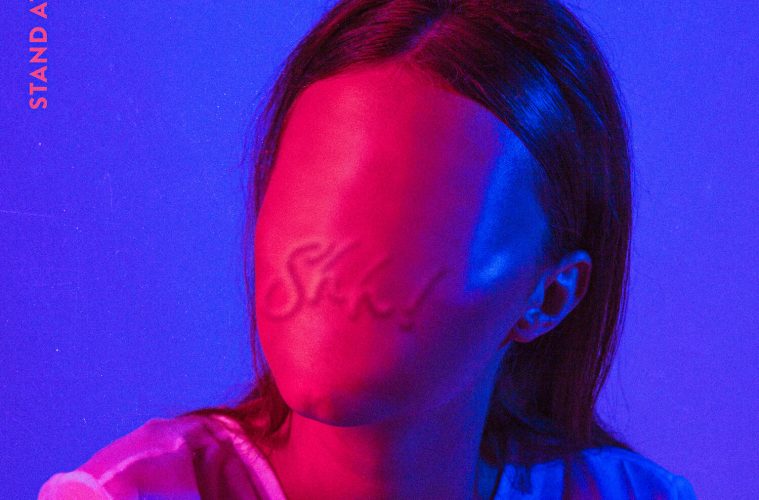 Stand Atlantic haven’t been paying very good attention to their own song titles. Shh? Quieten down? Far from it – Shh! is the as loud as it could possibly be, vocalist Bonnie Fraser’s unmistakeable voice soars above a tumult of crashing drums, invincible riffs, punctuating guitar lines and harmonies galore, and it’s got us convinced that one thing we never want Stand Atlantic to do is Shh.

The drums of the opening set the tone for the whole track, powerful and commanding before Fraser chips in with the album’s title – which is ironically followed by a super-sized intro riff that’s guaranteed to get you bopping. Fraser doesn’t shy away from delivering harsh lyrics; we might wince hearing ‘feed in my throat like a leech’ just picturing that horrible experience, but Fraser sings it like it’s a contest, daring someone to challenge her (and with the effortless confidence she’s flinging out, there’s no doubt she’ll definitely win).

Shh! might be rammed with energy start to finish, but it doesn’t mean it’s all noise all the time – Stand Atlantic know when to pull it back for maximum effect. The pre-chorus’s slightly gentler instrumentation prepares you to be hurled into the chorus, stretching you out like an elastic band before snapping you back to raucous reality. The Sydney outfit are masters of pacing their tracks, putting together all the elements of a pop-punk anthem and turning it into something even better.

It’s been two whole years since 2018’s Skinny Dipping, so we can’t help but hope that another album is on the cards – and if Shh! sets the tone for it, it’s certain to be an absolute rager.

Shh! is out now via Hopeless Records.