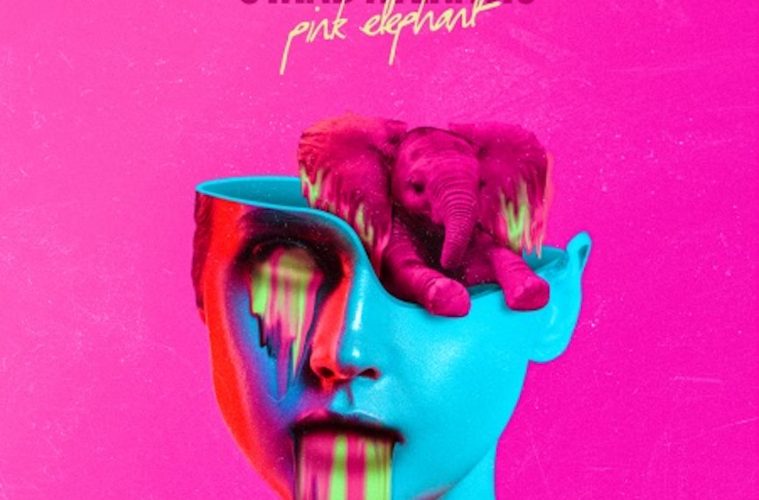 Stand Atlantic, Pink Elephant
Hopeless Records
Stand Atlantic are undoubtedly members of pop-punk’s elite. They have the genre in the palm of their hand, commanding riffs, hooks, and irresistible melodies with impossible skill even on Skinny Dipping, a debut album that seemed unsurpassable. But they’ve done it – even from Shh!, the first single taken from their brand-new record Pink Elephant, Stand Atlantic prove that they know exactly what they’re doing, and that they’re truly the best at it.

From start to finish, Pink Elephant is saturated with pop-punk gold. Album opener Like That invites singalongs instantaneously, a stomping, riff-laden tune that’s as sharp as it is intense, and the tone it sets is well lived up to. The album’s scattered singles are all high points, of course – Jurassic Park’s groovy, mid-2000s guitar lines, Wavelength’s Waterparks-esque hints of electronica, and triumphant, massive album closer Hate Me (Sometimes). This means that we’re already staunchly singing and dancing along to the familiar sounds of tracks we’ve been obsessed with for months now, but it also demonstrates Stand Atlantic’s immense breadth of pop-punk talent; they’ve reached into every corner of excitement in the genre and thrown it out in all its technicolour glory.

It’d be all too easy for the album’s energy to falter in between such brilliant singles, but Stand Atlantic don’t let us catch a breath – they outdo themselves at every turn. Every single song is vividly alive, ablaze with hissing guitar riffs and choruses that demand to be played at max volume. Whether it’s the poppy, laidback swagger of Eviligo ascending into a gloriously anthemic chorus or the classic could-be-part-of-All-Time-Low’s-early-glory-days feel of DWYW, or the cathartic bubbling-over of a tune that is penultimate track Soap, Stand Atlantic are consistently shining.

The record is far from feeling monotonous – its energy is consistent, but Stand Atlantic take us on a rollercoaster of emotion. We’ve already heard Drink To Drown, and it hits even harder nestled amongst the rest of Pink Elephant. Bonnie Fraser’s striking vocals are a high point throughout, but where they usually conjure up a soaring whirlwind of excitement, on Drink To Drown they have the opposite effect: solemn, agonising, intimate and totally, entirely gorgeous. Similarly, on Silk and Satin she’s fittingly silky smooth, this time set against a minimalist electronic soundscape instead of a solo piano, but equally as emotive and heartrending.

Darker tracks don’t all have to be melancholy in sound though – Blurry is a masterpiece of fierceness, with a guitar that practically punches through every beat. Fraser’s vicious delivery of “so you like to hurt me, could you cut me dirty? Cos I need surgery to keep me blurry” amongst a host of other graphic imagery means the track’s message literally cuts to the bone. Sharp lyricism is a Stand Atlantic calling card fully realised all through Pink Elephant, consistently earnest and addictively real, whether its the coining of the term Eviligo or dealing with pain through singing about dinosaurs: Fraser’s writing is seamless.

Altogether, Stand Atlantic are paving the way to the top of pop-punk with unfailingly well-executed masterclasses in how to write bangers. Pink Elephant is of the same top calibre as Skinny Dipping, but they’ve replaced the youthful franticness of their debut with confidence in spades. Pink Elephant is Stand Atlantic refined to pop-punk’s peak, and sees them ready to fully establish their status as scene staples.

Pink Elephant is out now.