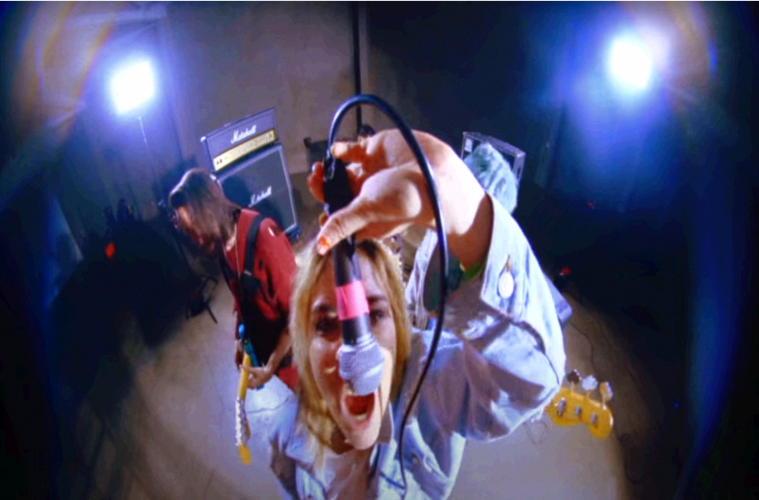 Australian pop-punk icons Stand Atlantic are back with yet another taste of their upcoming album f.e.a.r! Toying with a sound more pop than punk, hair out is a bright, playful sneer at the overly opinionated. Rather than listening to the idea that a new sound equates to ‘selling out’, Stand Atlantic are knuckling down – they’re doing what they want, even if it pushes outside of the boundaries of their scene.

In classic Stand Atlantic fashion, this track is totally infectious. You can’t help but be pulled into that easy flow, singing along by the time the second chorus hits – “you got me tearing all my hair out, hair out!”. This just feels track that could take on an entirely different life live – with it’s punchy lyrics and fun flow. There’s potential for this to hit even harder, pack a far meatier and rawer edge when a mosh pit is involved.

The track’s commentary on social media’s criticism of music is also incredibly vital to hear. While fandoms are, of course, a prime source of motivation for bands, the pressure of expectation can sometimes be stifling. Intermittent clips of chatter, from “I’m just about to shove my head in a bin” to “I’ve fucking sold out so hard, mum,” keep the tone light and sarcastic. It’s a refreshing way of addressing the issue – voicing frustration, but keeping it light with an air of humour.

“I can already hear people hating this song” – well, Bonnie, rest assured.. we do not. hair out shows a band that will not fold under the pressure of expectation, unashamed of going in any direction they see fit – and it’s incredibly refreshing. Even the choice of single being dropped is unexpected, having played dumb during their recent run of UK shows. With this, and tracks like pity party, f.e.a.r is slowly shaping up to be an incredibly exciting release for the group – 6th May can’t come soon enough!