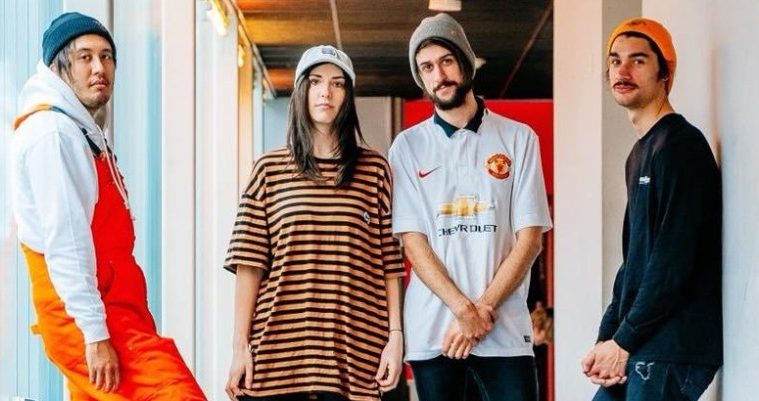 Stand Atlantic have taken the pop-punk scene by absolute storm: tours with genre staples like State Champs saw them kicking down the door to announce their arrival following 2018’s debut Skinny Dipping, providing more than a handful of riff-laden gems, headed up by Bonnie Fraser’s perfectly matched vocals. But the Stand Atlantic whirlwind is going nowhere, as they tantalise us with new tracks ahead of (we hope!) album 2.

Drink To Drown is the latest they’ve released, and digressing from the upbeat, mosh-pit worthy banger vibes Shh! and Hate Me (Sometimes) have set up, Drink To Drown is a heart-rending ballad set over a stripped-back piano and occasional string section, placing all the focus on Bonnie’s stunning vocals. From the raw vocal performance to the desolate lyrics, the song is immensely vulnerable – Stand Atlantic have always worn their hearts on their sleeves, but on Drink To Drown it feels as intense as eavesdropping on someone’s most hopeless moment. They’ve created a cathartically emotive track that’s sure to see fans on shoulders sharing something really personal with the band, and those kinds of songs are always so special.

Of course, live shows might feel like a pipe dream at this point in time, but that doesn’t mean we can’t fantasise – Stand Atlantic’s new tracks are a promise of a live show with enough energy to make up for the months we’ve spent missing out. If these songs are a shift towards a sophomore record, or even an EP, then that’s the light at the end of the tunnel that we need.

Drink To Drown is out now.