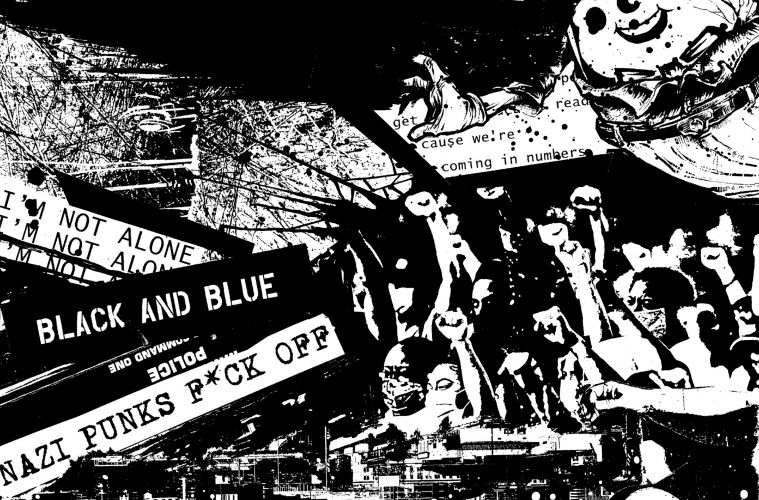 The spirit of punk is alive and well – fighting against those who strive to dominate, oppress and tread people down into the ground. Minneapolis punk-rock veterans Soul Asylum channel the rage of punk in the name of the worldwide Black Lives Matter moment that began in their city, re-releasing their track Black and Blue along with a cover of Dead Kennedys’ Nazi Punks Fuck Off. The songs are free, but Soul Asylum suggest instead of paying, fans should donate to the Official George Floyd Memorial Fund as well as signing the Justice for George Floyd petition.

Black and Blue, despite being originally released in 1984, is painfully resonant – have we really stagnated for so long when it comes to police brutality? Soul Asylum might channel all sorts of influences from blues, classic rock, and soul-esque grooves, but Black and Blue is them at their most raucous. The walking bass might throw out laidback vibes but we can’t forget that the track is nothing but urgent – a listen as essential in 2020 as it was in 1984 and all the years in between.

Nazi Punks Fuck Off is equally important in the current moment. There’s always been a little pocket of the punk movement that don’t seem to understand that we’re fighting against fascists, not emulating them for edgy points; and any punk who isn’t wholeheartedly behind Black Lives Matter can, to quote the track, “fuck off”. It’s a vicious, speedy, faithful cover complete with studio banter preceding a one-minute explosion of a track.

Punk is always necessary, and Soul Asylum’s releases highlight its true purpose: “to unite to fight Nazis, racists, white supremacists and fascists”. Black and Blue and Nazi Punks Fuck Off serve both to empower and solemn us to the reality of what we’re opposing.