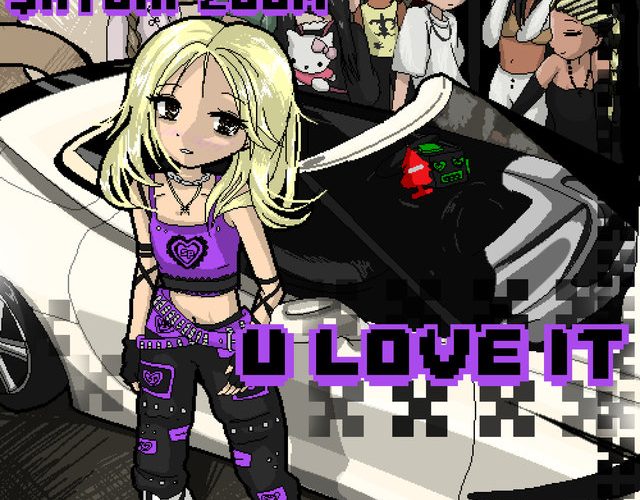 Sophie Powers – U Love It

Sophie Powers returns with another frankly ridiculous banger – U Love It brings $atori Zoom along for the ride, and what a ride it is. Blending stompy, buzzy drums with sultry vocals, Powers exudes bad bitch energy delivered through her fierce kaleidoscope of genre, for her strongest mission statement yet. It’s fitting, then, that it comes alongside the announcement of her debut EP, Red In Revenge, which is due April.

“Yeah my miniskirt’s cropped and I know that it’s hot”, Powers grins – because as sultry as the song is, it’s also just fun. This is an anthem for people to feel powerful to, to know how cool they are and to embody it and have a good time, the intensity and darkness perfectly balanced by the buoyancy of some of those grating synth lines and Power’s groovy delivery. $atori Zoom brings a bit of a different depth, a facet of gloom that’s the other side of the coin to Powers’ verses, hyping her up and bouncing off her all at once.

Femininity, ferocity, and fun come together to make U Love It the anthem it is. And as seriously good as it is, there’s just enough of the song that feels like it doesn’t take itself too seriously – because it doesn’t need to. Powers’ bite, which is relentless and consistent, comes from how authentically, effortlessly cool she is. Sounds like a big cliché, but it’s true – and there’s not a doubt in the world there’s a lot more in store on the EP.

Red Is Revenge is out April 22nd.