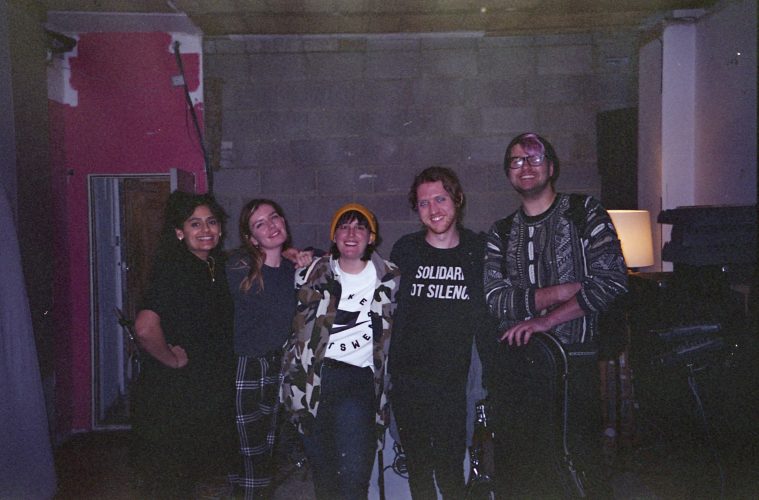 Solidarity Not Silence – This Is Sisterhood

Solidarity Not Silence, This Is Sisterhood
Alcopop! Records

Petrol Girls released I Believe Them (Solidarity Not Silence) back in December in order to fund a legal battle against a defamation claim made against a group of women, including Petrol Girls vocalist Ren Aldridge. It’s painfully evident that we’re not quite ‘post-#MeToo’, but this case has the power to set a course-altering precedent for future cases. Now, they’re back, at a crucial stage in their case with rapidly escalating fees – but they’re back with intent.

Having amassed a team of incredibly powerful women from across the music scene, including Bikini Kill’s Kathleen Hanna, The Tuts, Personal Best, Colour Me Wednesday, and a whole host of behind-the-scenes support from other women, non-binary people and gender minorities coming together in, as the title suggests, a powerful demonstration of sisterhood. This Is Sisterhood is even more essential, desperate, and driven than I Believe Them; it’s propulsive and sombre, but there’s also moments of true euphoria that are a credit to the incredible team behind it.

There’s no room for nuance in the lyrics – Solidarity Not Silence aren’t willing to let their message go missing amongst metaphors or hooks. Instead, it’s a painstakingly real rendition of their experiences and struggles that weaves an unmistakeable story of the injustice that runs rife in the music industry, and indeed, everywhere else.

For more information about Solidarity Not Silence’s cause, and to donate, click here. Buy a digital version of the song here.