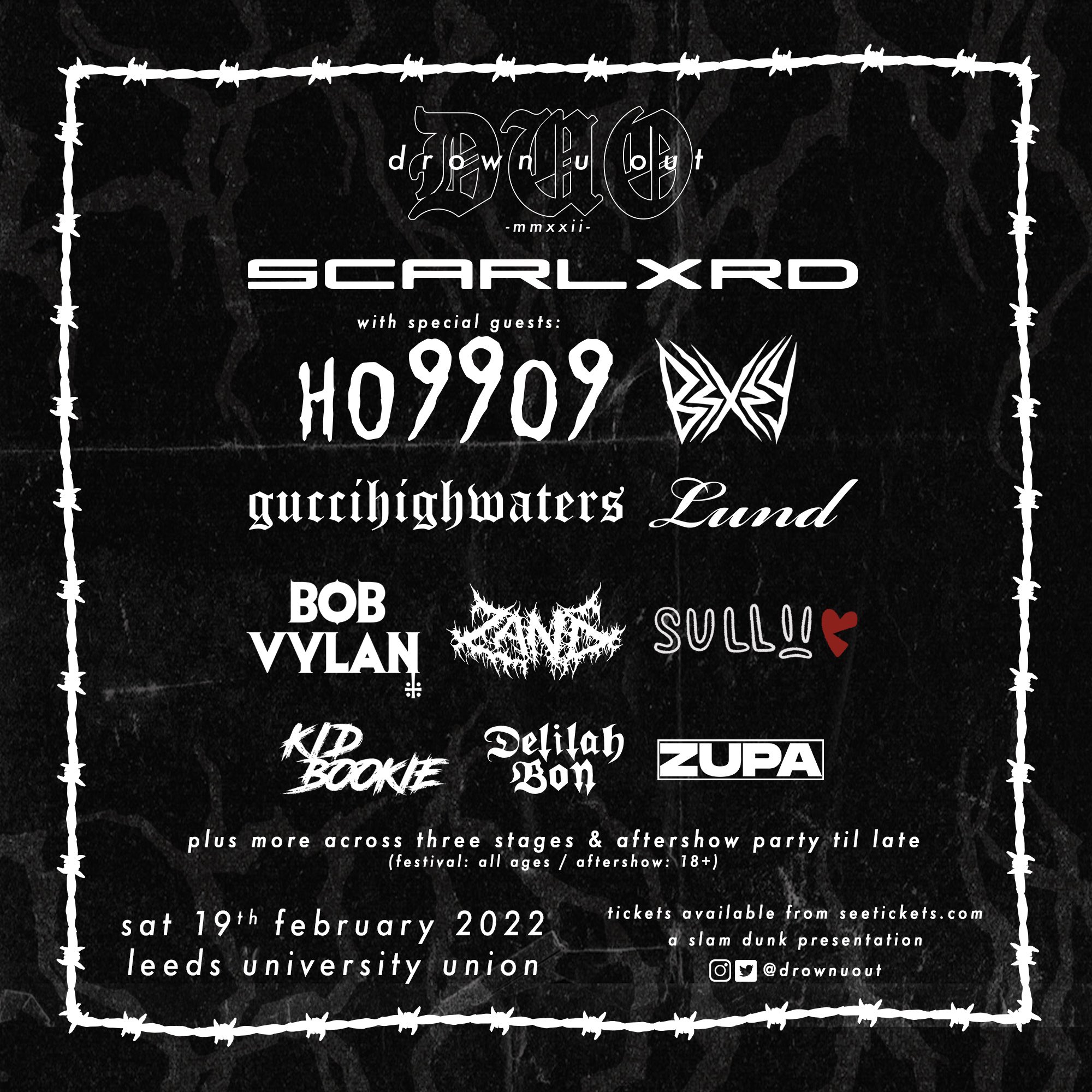 SLAM DUNK PRESENTS: drown u out

Out of seemingly nowhere, suddenly, from the people behind pop-punk behemoth Slam Dunk, comes perhaps the most cutting-edge rock festival on the horizon. drown u out will hold its inaugural show (and don’t forget the after-show party) in February 2022 at Leeds University Union, across three stages, with a line-up packed with some of the very best rock boundary-pushers currently about.

Heading up the fest it’s scarlxrd, one of the biggest, best blends of rock, metal, and rap on the scene, and he’s joined by a whole host of fellow genre disruptors, making it clear that drown u out isn’t just doing away with genre boundaries, it’s celebrating the new lines that have been drawn around groups of artists and new scenes that are flourishing. Special guests HO99O9 are renowned for the ferocity of their live shows (they’re definitely one of the best Bittersweet has ever seen!) and will perform before scarlxrd and after BEXEY for a clean sweep of intense sets.

They’ll be joined by the likes of guccihighwaters with his sometimes-dreamy sometimes-shadowy emo-rap, Bob Vylan’s pure intensity, Leeds local Delilah Bon’s take-no-shit rock/rap anthems, and more – and that’s not even the full lineup. drown u out is paving the way for the parts of rock that have blossomed and become a core part of the scene over the last few years, so don’t miss out on being parts of its beginning.