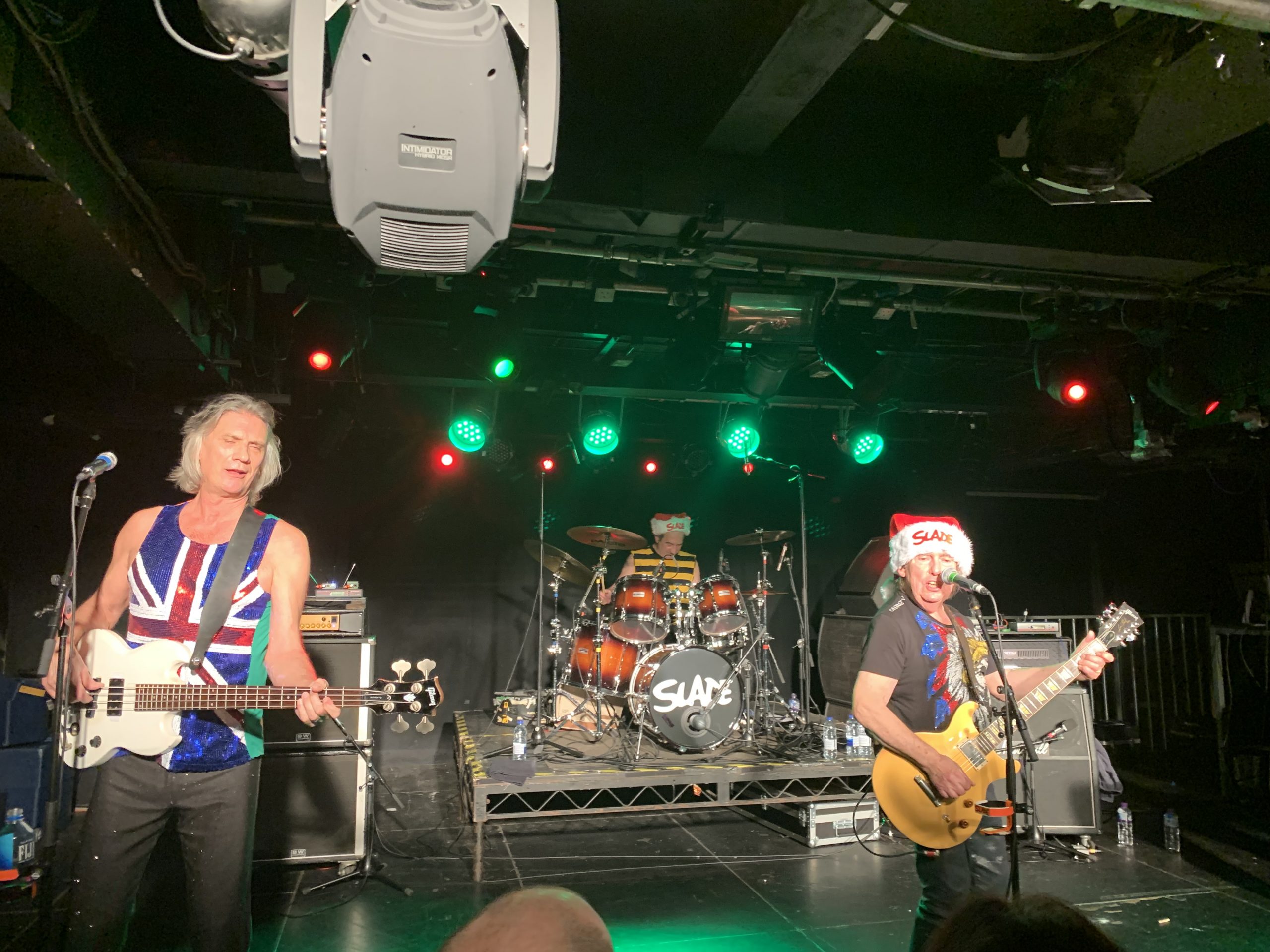 Tis the season, undeniably. It’s impossible to walk into a supermarket without hearing the opening chords of Merry Xmas Everybody; it’s impossible to resist waiting to yell along at the infamous “IT’S CHRIIIISTTMAAASSSS”. Slade may be touring for the festive season, with Merry Xmas Everybody the triumphant closer to their set (spoiler alert), but tonight’s show reminds everyone that they’re heroes of punk rock all year round.

Sons of the Seventies hit just the right tone to begin the evening, with a selection of classic covers. As a 70s rocking cover band, they do a great job but it’s clear when it’s Slade’s turn to hit the stage that the classics can’t be beaten in the flesh, especially when they’re all as bedazzled as Slade are. Glam rock is alive and well in a sequin jacket, starry jeans, diamantes galore, a selection of glittering SLADE-emblazoned t-shirts, and even a diamond-encrusted pilgrim hat. These legends are well and truly dazzling tonight.

As is their selection of tunes – before we even brush with a stocking hanging on the wall, we’re in for a slew of proper punk bangers delivered with panache, proving that talent really is timeless. Introduced with throwaway comments from “here’s another song written in the seventies” to “our very first number one!”, Slade seem well aware of their legend status and equally as aware of their ability to charmingly poke fun at it. And it’s all because of the chops they have to back it up with riffs that haven’t aged a day.

Of course, the highlight does come at the end of the set, but it’s actually not Merry Xmas Everyone… It’s their cover of Quiet Riot anthem Cum On Feel The Noize, which sparkles with classic catchiness and puts a smile on every face in the room. The glitter bedecking every inch of Slade and their merch suddenly seems extra apt, as decades of punk history saturates the room. After the dancing and fun of this one, Merry Xmas Everyone feels like a delightful, inevitable end-credits. But it’s still Slade in December, so it’s still a surreal and brilliant experience to yell “ITTT’SSS CHRIIISTTMASSSSSS” right in the faces of the guys who did it first.