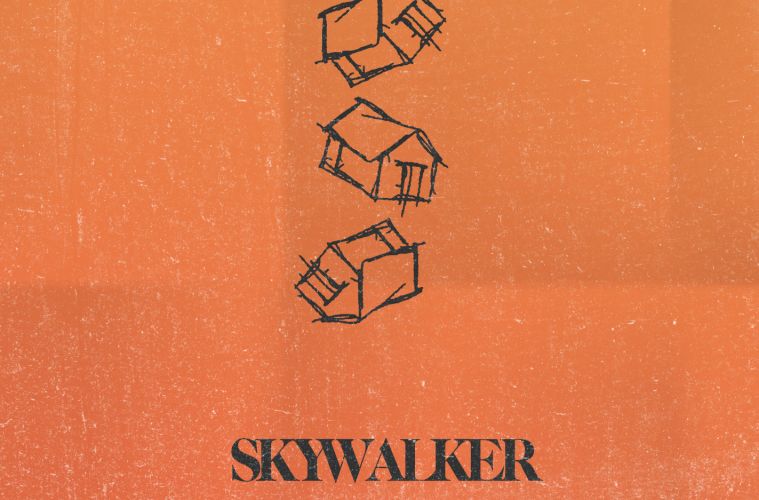 Skywalker’s irresistible post-hardcore has been streamlined to perfection for a few years now – 2017’s Sugar House was a melodic, heavy delight, and a slew of singles up till now have shown them go from strength to strength. Late Eternity, though, hits heights higher than Skywalker have ever touched before, both in their huge sound and piercing emotional depth. Released this Friday on Pale Chord, it’s their label debut, and it’s a worthy promise that BSP Flavours of 2021 faves Skywalker are set to make a lot of noise on the rock scene from now.

The magic of Late Eternity’s sound is that it absolutely nails every facet of brilliant post-hardcore. There’s the jagged unclean vocals, grating through the heavy hitting vocals of the howling Charon’s Song, to the urgency of opener No Leader, Skywalker prove that they know how to make themselves heard. It’s not just intensity and rage they channel with those immense screams, though – they also turn to a roar to get across some of the album’s darkest, most melancholy moments too. Soundtrack follows up one of the record’s most mellow moments, Through You, and maintains that gloomy atmosphere with a flickering instrumental backdrop, but turns up the volume with some giant riffs and poignant, forceful delivery.

It’s not just the noise that Skywalker are bringing, though. Late Eternity is packed to the brim with grooves and hooks that melt into the heaviness – the title track is a prime example. The verses might be unforgiving, but the chorus slides into headbanging, singalong perfection. Justify Me’s opening brushes with chilled-out pop-rock, and it’s a dreamy chance to take a breath; same goes for late highlight Cape Fear and its anthemic chorus. Late Eternity’s real standouts, though, come in the tracks where Skywalker combine the inviting melodies with the stomping viciousness. Album closer Every Grief soars triumphantly, darkly over the landscape of the record, blending every gleaming particle of emotion that Skywalker have got to share into one titanic song. Same goes for Setting Stone, a mid-album gem that errs more on the hooky side but definitely brings all the energy and brawn of the heavier tunes.

The release of Late Eternity is definitely, almost painfully, timely. It tackles themes of death, loneliness, isolation, fear, and hopelessness with a vision as far from rose-tinted as it gets. Sure, it’s bleak, but isn’t everything at the moment? Skywalker have provided us with respite in the form of a lucky thirteen songs so vulnerable and dark that they can’t help but be cathartic. Late Eternity is post-hardcore at its best: introspective, enticing, and utterly relentless.

Late Eternity is out on Friday.