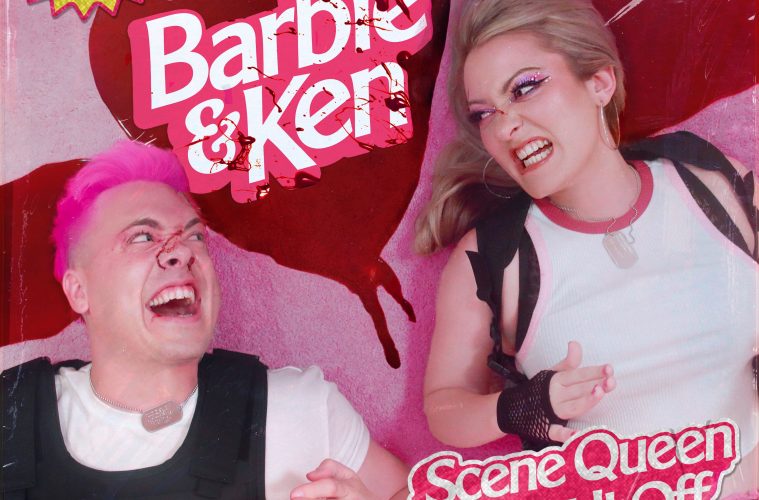 Scene Queen is back and more ridiculously bold than ever on riotous romp Barbie & Ken, which brings Cody Carson of Set It Off on board just to knock him, quite literally, dead. In her stellar back catalogue, consisting just of EP Bimbocore (a BSP 10/10) and Pink G-String, Scene Queen has already made it clear that she’s operating outside the usual metalcore rulebook (and she’s pissed people off by even daring to use the label). But with its breakdowns, discordant harmonies, and howled vocals, Barbie & Ken is the quintessential heavy banger – and Scene Queen has upped her snarling playful ante too.

Barbie & Ken is a plastic pantomime that brazenly sees ‘Barbie’ (aka Scene Queen) in an argument with ‘Ken’ (aka Cody) that’s so vicious it ends in a murder. The pair revel in the melodrama, giving it their all in the screaming interludes and pulsating nursery-rhyme pre-chorus. Scene Queen is never pretentious, but Barbie & Ken is definitely her most frivolous and unapologetic – ‘Barbie’s in pink but my glock’s jet black / roll your eyes one more time and I’ll make it kick back’ is truly a line for the ages.

There are going to be a lot of people with a lot to say about Barbie & Ken – but Scene Queen doesn’t care. The goofy, plastic-pink theatre of her latest is just another notch on the genre-breaking belt she’s wielding, and it’s a fabulous addition to her technicolour discography. With an appearance back on our shores at Reading and Leeds this weekend too, she’s sure to be welcoming a lot more folks into the twerkle pit.

Barbie & Ken is out now – and you can grab the full deets of Scene Queen’s R+L set here!