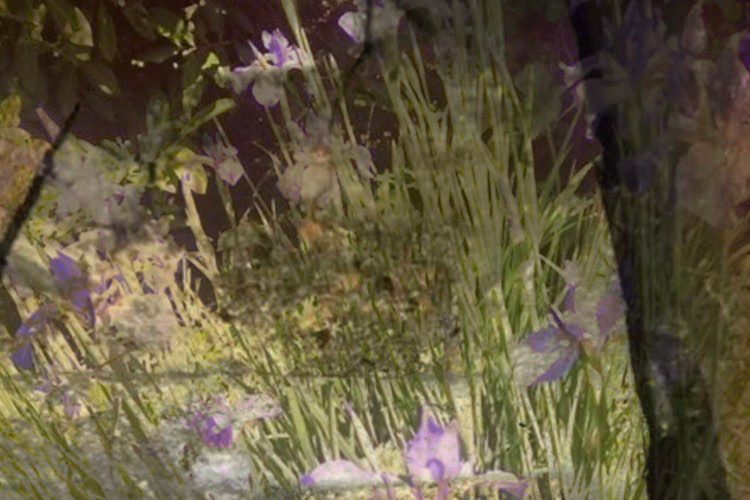 Lockdown – it sucks. No gigs, no festivals, a music industry hanging in the balance… But out of the darkness, there do shine a few silver linings – for creatives, this has been a very unique opportunity to shut everything else out and just focus on their art. For newcomer Sappy Abi, it’s brought her debut EP release, three diverse-yet-consistent tracks of… well, there’s such a thing as bedroom-pop, but has anyone been called bedroom-doom-grunge yet? Because that’s what Sappy Abi is bringing to the table, with a bonus offering of a cover from the archives of the underground-iconic Frank Iero project Pencey Prep.

Titled The Flowers Will Never Die kicks off with the suitably grave Maggots. Organ-esque synths, the foreboding ticking of a bass, and vocals that are as haunting and heavy as a velvet curtain come together to form an introduction that feels as much like a theatrical opening as it does like sleep paralysis.

Dear Diary, without listening to it, could be the title of a 90s girl-band anthem at the opening of a coming-of-age chick flick – and somehow, its upbeat tempo and relentless guitar chords mean that despite its darkness, it still has a slight hint of that energy. It’s more Heathers than Clueless though; a whine of a guitar melody, a densely packed instrumental reminiscent of a slightly rockier Placebo, and vocals that have gone from a silky overtone to a fuzzy, angry, snarl make sure it can’t be mistaken for anything less raw than it is.

After a distinctly satisfying transition, final original Attic wraps us up with a perfect combination of Maggots and Dear Diary. It’s melancholy and ominous, it’s floaty and heavy, it positively oozes before surprising you with a 7th chord and a chorus that could in another world have been a pop-rock hit. The outro builds and builds, feeling like the climax of the EP despite coming as it grinds to a halt – it’s agonising, and the perfect noisy end. That’s not all though! Stick around as the credits roll, because Sappy Abi’s take on Pencey Prep is devastating – the DIY sound is a perfect fit, the vocals are as emotive as Frank Iero himself could ever have dreamed: bedroom punk at its finest.

Just four tracks isn’t anywhere near enough to sate us – The Flowers Will Never Die is an addictive listen, and a promise that whatever comes next from Sappy Abi will be equally as enchanting.

The Flowers Will Never Die is out now.